Aviation manufacturer Boeing (NYSE:BA) was a darling of the stock market not too long ago when it traded at more than $400 per share in 2019. The stock has fallen about 50% since then; its 737 MAX airliner was grounded over safety concerns, and COVID-19 punished the air travel industry.

Boeing remains a key supplier in the aviation space, but investors should consider three big reasons for caution before buying the stock.

A long road to recovery from the 737 MAX disaster

Boeing's 737 MAX airliner was grounded in 2019 after two fatal crashes due to electrical issues caused the jet to nosedive. The groundings have cost Boeing more than $20 billion in direct costs and lost business, and it's now one of the most expensive disasters in corporate history.

Boeing and its rival Airbus form a duopoly of the airliner industry, meaning they are the only two companies in the world that build commercial passenger aircraft. Air travel is a vital industry, both for businesses and tourists alike. As one of two airline suppliers, Boeing is virtually guaranteed to see demand for its products and is left battling Airbus for market share.

However, Airbus has gained market share from Boeing due to the 737 MAX debacle, now possessing an estimated 62% of backlogged aircraft orders as of the end of June. The 737 MAX has steadily been put back into service over the summer, but it could take time for Boeing to regain sales momentum after such a public disaster.

Boeing's backlog is the company's contracted business, and this helps signal the direction that the company's revenue is heading in. As of Boeing's 2021 second quarter, its total commercial backlog of $285 billion remains well below the $390 billion it had in mid-2019, at the onset of the 737 MAX crisis.

The balance sheet has taken on water

The company faced a double-whammy when the COVID-19 pandemic decimated air traffic in 2020. Travel bans, fear, and lockdowns have prevented personal and business travel, which has stunted how much airlines have spent on their fleets.

Boeing's business had difficulty handling both the 737 MAX crisis and the headwinds of reduced airline spending. The company's operations burned $18.4 billion in 2020 and prompted Boeing to borrow heavily to maintain its liquidity and keep the business running smoothly.

At the start of 2019, Boeing carried just $14.7 billion in total debt, but that has more than quadrupled since then to $63.5 billion. This debt load could prevent management from buying back shares or reinstating its dividend payment for the foreseeable future.

Boeing's 737 MAX has been cleared in many markets to resume use, but it remains grounded in China. This is problematic for Boeing because China is one of the largest aviation markets in the world; it's estimated that the country will account for 18% of the world's airplane fleet by 2037. 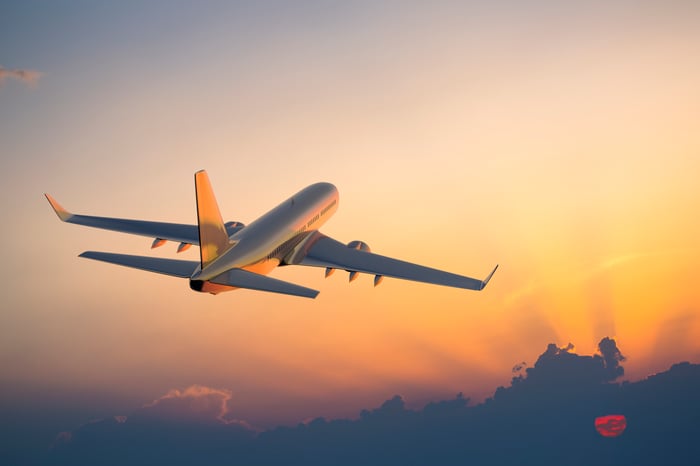 It's unlikely that Boeing's 737 MAX will remain forever banned in China, but it could be a symptom of the tense relationship between China and the U.S. The two countries got into a bit of a trade war under President Trump's administration. President Biden has acted with a similar stance toward China by working to help pass the Innovation and Competition Act of 2021, which aims to counter China's prominence in technology industries.

Winning back its wings could take a while

Boeing has a history of great returns, increasing more than 650% from 2009 to 2019, but the 737 MAX disaster combined with the debt taken on during the pandemic has changed the fundamentals of the business.

It's one of only two passenger aircraft manufacturers, so Boeing is extremely likely to remain a prominent business within the industry for years to come. Still, for investors, there may be a multi-year period of "healing" required for the fundamentals to return to where they once were. Investors should look for the company to pay down a chunk of its debt and rebuild its backlog as signs that Boeing is ready to fly high once again.