The company, which specializes in cold-storage solutions for biotechs, had a hot month. 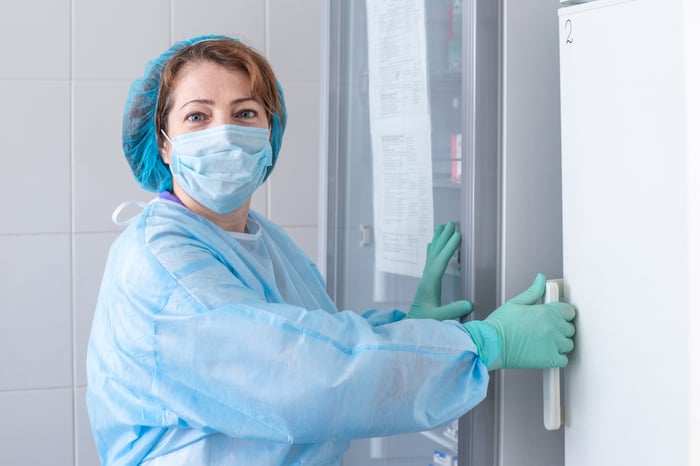 The company specializes in lab freezers, thaw systems, and cold-chain packaging, everything a biotech company needs to store and deliver cell and gene therapies that require precise temperatures. Of course, those products have also come in handy for anyone who needs to transport and deliver COVID-19 vaccines at certain temperatures, but they are also increasingly used with a myriad of other biotech therapies.

BioLife's stock rose for several reasons in August. The company's first big news came on Aug. 9, when it announced it was purchasing Sexton Biotechnologies, a private company that BioLife already owned a percentage of. Sexton's consumables and media products are already used in more than 50 ongoing cell therapy clinical trials, BioLife said. The acquisition is expected to be completed in September and should add about $2 million in revenue this year and $8 million next year.

Three days later, BioLife released its second-quarter earnings and it reported revenue of $31.2 million, up 85% sequentially and 215% year over year. The bottom line was also a big improvement with the company reporting net income of $7.9 million in the quarter, compared to a loss of $16.4 million in the same period in 2020. BioLife also upgraded its forecast for the year to $108 million to $117 million in total revenue, representing growth of 125% to 143% year over year. That was up from initial guidance of $106 million to $115 million; the company said this was due to the added revenue it expects Sexton to bring in.

However, the biggest reason for BioLife's share bump was more structural and perhaps more long-lasting. On Aug. 25, the company announced that it was being added to the S&P SmallCap 600 Index, prior to the opening of trading on Aug. 30. That's a big deal because it means the company's stock will automatically be purchased by index funds that buy shares of companies in the SmallCap 600 Index.

BioLife's jump in August is part of a larger long-term upswing for the company, which is up more than 33% this year and more than 140% over the past 12 months. There's plenty of reason for enthusiasm. In its second-quarter earnings call, the company said that it gained 200 new biotech customers across its various platforms in the quarter. One concern is that with all the excitement regarding the stock, it appears to be priced more than a bit high, with a price-to-earnings ratio of 1,079.88. The stock reached its 52-week high of $60.67 on Sept. 1 but has declined a bit since then.

Have $500? This Under-the-Radar Stock Could Make You Richer From the Biotech Boom