The company announced a major deal to clean up its balance sheet.

Shares of Spectrum Brands Holdings (SPB -2.37%) traded up 17.8% on Wednesday after the company announced plans to sell its hardware and home improvement assets in a deal worth $4.3 billion. The company intends to use the proceeds to clean up its balance sheet, and investors are cheering that decision.

On Wednesday morning, Spectrum announced an agreement to sell brands including Kwikset locks to Assa Abloy (ASAZY -0.40%) of Sweden. Spectrum said it expects net proceeds of $3.5 billion from the deal, after taxes, which will be used to pay down its debt. That in turn should improve its leverage ratio, and free the company up to make future acquisitions in its areas of focus. 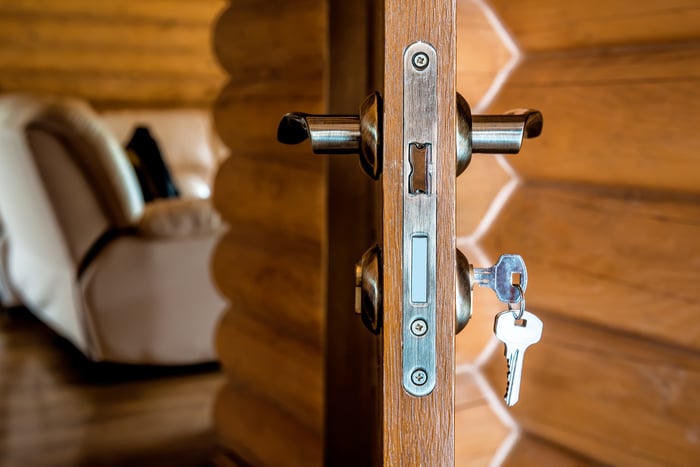 "We believe this transaction demonstrates the tremendous value of Spectrum Brands as an owner and steward of our businesses and places the company in a strong position for the future by allowing us to further reduce our leverage levels, and enhance our capital allocation strategy," CEO David Maura said in a statement. "After the closing, we will become a more pure-play consumer staples company with higher growth rates and strong margins."

Spectrum's brands include home appliances under the Black & Decker and George Foreman brands, Cutter and Repel insect repellents, and Tetra aquarium supplies, among others. It is an impressive list of household names, but Spectrum's nearly $3 billion in long-term debt, an amount similar to its market capitalization, has long been a criticism.

With this deal, the company simultaneously demonstrates that there is real value locked up in its portfolio and effectively puts to rest the debt question. Based on the stock reaction, investors are excited about the possibilities.