The e-commerce giant is doubling down on its "Just Walk Out" system.

Amazon (AMZN -1.44%) announced in a blog post on Wednesday that the "Just Walk Out" technology that powers its Amazon Go stores will soon debut at two Whole Foods stores. The cutting-edge system lets customers pick up items and simply walk out of the store. Once they depart, the purchases are charged to their account.

This could be the start of a whole new era for grocery stores, allowing consumers to skip the checkout line altogether and simply take their items and go. This also marks Amazon's most ambitious rollout of the technology yet.

Starting next year, Whole Foods stores in Washington, D.C. and Sherman Oaks, California will be outfitted with the Just Walk Out system. 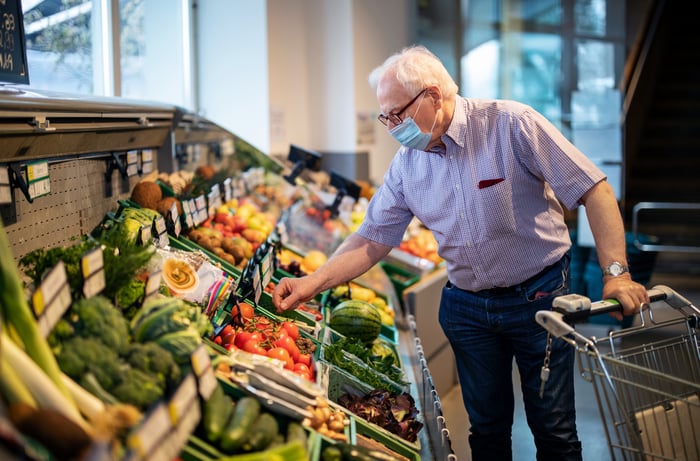 Cutting-edge technology, years in the making

The company first debuted its groundbreaking technology at the Amazon Go store in 2017. Shoppers use the Amazon app on their smartphones to gain access to the store.

The system is powered by computer vision, various sensors, and artificial intelligence algorithms to track customers' movements as they shop. It then detects when items are taken from the shelf and placed in a shopper's bag or basket or perhaps returned to the shelf. Once the user leaves the store, the purchased items are tallied on a digital register tape, and the total is charged to their payment method on file.

Since the first location opened nearly five years ago, Amazon has worked to perfect its technology, testing it in a variety of location sizes and formats. In addition, the company has expanded beyond the initial Amazon Go stores, introducing the hyperćonvenient solution in several Amazon Fresh locations and full-sized grocery stores.

Amazon also has some deals with third-party retailers, licensing the tech to privately held airport-shop operator OTG. The company announced early last year that the system would be used at the CIBO Express Market in Newark Liberty International Airport and LaGuardia Airport, with other locations to come. 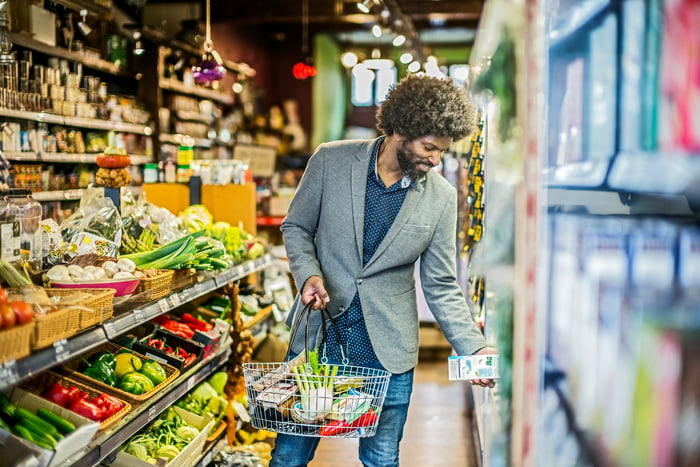 Skipping the checkout line is an idea whose time has come. Younger and more tech-savvy consumers are likely to quickly embrace the technology, which might still be intimidating to some shoppers. This changing consumer paradigm represents a large and growing opportunity for Amazon.

In 2018, the size of the automated retail market was estimated at $50 billion, according to estimates generated by Loop Ventures. If Amazon successfully captures even a fraction of this opportunity, the company could generate a significant new revenue stream selling or licensing this technology.

A history of innovation and disruption

This adds to a long and growing list of disruptive innovations that have come courtesy of Amazon. The company popularized the concept of cloud computing and revolutionized online retail. Let's not forget that Amazon was also among the first to debut a smart speaker powered by voice technology, introducing the world to the Echo and its digital assistant, Alexa.

Given the company's significant head start in the field of cashier-less checkout, Amazon might just have another winner on its hands.