Goldman Sachs has been having a tremendous year, but its shares are still a bargain.

The U.S. stock market has been surging since the pandemic-induced crash of 2020. The Nasdaq Composite hit yet another all-time high this week, and the other major benchmark indexes are near theirs. As such, some analysts believe we are due for a correction -- defined as a 10% pullback -- sometime soon.

Corrections aren't entirely bad if you stay invested for the long term, because the U.S. market has a history of bouncing back from them -- just as it has over the past 18 months. They can also be a great time to buy good stocks at cheap prices. But you don't necessarily have to wait for the next correction to find bargains on strong stocks. There are many out there right now, and one of them is investment bank Goldman Sachs (GS -2.38%). 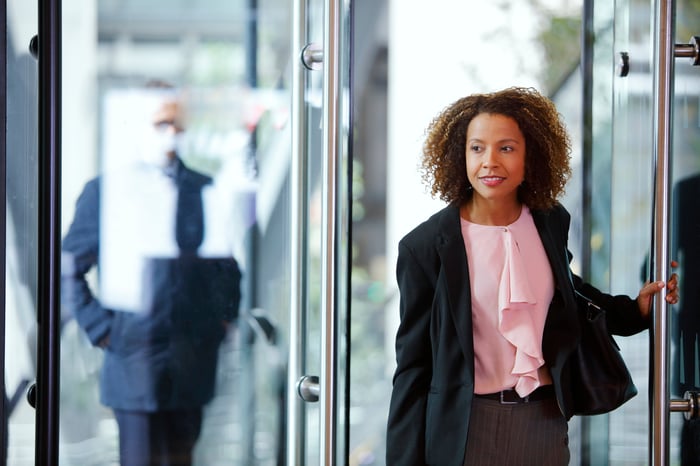 Shares of Goldman Sachs, one of the world's leading investment banks, are up more than 50% year to date to roughly $405. That might not seem like bargain territory to a lot of people. And you might expect a stock that's outperforming its peers and the market in general to be overpriced, not underpriced.

But looks can be deceiving. Despite its strong gains this year, Goldman Sachs' valuation shows the stock still isn't getting full credit from the market and should continue to produce solid returns for investors.

The company is coming off another great quarter: In Q2, its revenue climbed 16% year over year to $15.4 billion and net earnings reached $5.3 billion, the second-highest quarterly total ever. Its return on equity was 23.7%, considerably higher than the average bank.

Notably, the bank did not include in its asset management results the figures from asset manager NN Investment Partners, based in The Hague, Netherlands, which it recently acquired. Goldman Sachs is clearly establishing the balance and diversity of revenue that CEO David Solomon had set as a goal.

Beyond its potential for share price growth, Goldman Sachs also offers an excellent dividend. It recently boosted its quarterly payout by 60% to $2 per share, which at current share prices amounts to a yield of 2%. Its payout ratio is just 23%, meaning the dividend amounts to less than one-quarter of earnings. And Goldman Sachs is in good shape financially; it lowered its operating expenses by 17% year over year in Q2 and increased its operating margin to nearly 46%.

In addition, Goldman Sachs has increased its book value by 12% year to date, yet it's still trading at a relatively low price-to-book ratio around 1.4 (lower than competitor Morgan Stanley at 1.9). And its price-to-earnings ratio is also low at 7.5 (a little more than half Morgan Stanley's).

Because of its efficiency, diversity of revenue, strengths, and growth opportunities, Goldman Sachs is a strong buy right now. And you don't have to wait until there's a correction to get a good deal on its stock.