Please ensure Javascript is enabled for purposes of website accessibility
Log In Help Join The Motley Fool
Free Article Join Over 1 Million Premium Members And Get More In-Depth Stock Guidance and Research
By Cory Renauer – Sep 10, 2021 at 10:52AM

Conflicting clinical trial results for the company's lead candidate are to blame.

Apellis earned Food and Drug Administration approval for its first drug, Empaveli, this May so there's still a lot riding on pegcetacoplan, the next potential new drug emerging from the company's pipeline. Unfortunately, pegcetacoplan produced clinical trial results that weren't as convincing as investors had hoped. 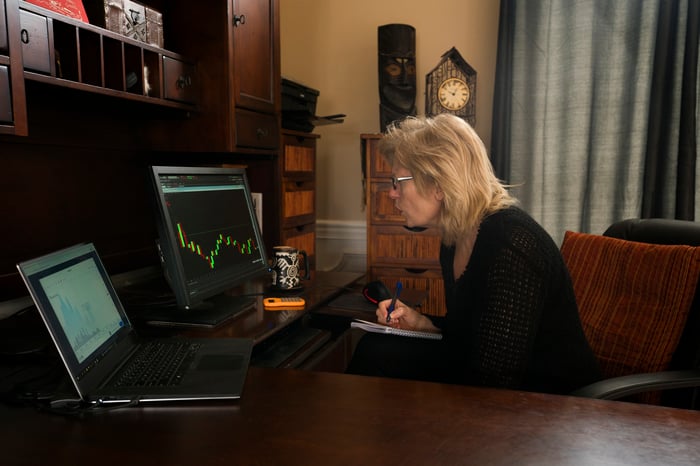 A pair of identical phase 3 studies named Oaks and Derby tested injections of pegcetacoplan on over 1,200 patients with geographic atrophy. In the Oaks trial, a year of treatment with pegcetacoplan significantly reduced the growth of retinal lesions compared to a placebo. Unfortunately, reductions recorded in the Derby trial weren't strong enough to be considered statistically significant.

Geographic atrophy is an advanced and aggressive form of age-related macular degeneration, or AMD. Effective treatments that prevent the progression of AMD have been generating blockbuster sales for years, but there still aren't any treatments approved to treat geographic atrophy specifically.

Results from the Derby trial were close enough to a level considered statistically significant that Apellis Pharmaceuticals is going to forge ahead with pegcetacoplan. The biotech plans to submit a new drug application to the FDA for the treatment of geographic atrophy in the first half of 2022.

Is Apellis Pharmaceuticals a Buy?

Here's Why Apellis Pharmaceuticals Stock Jumped as Much as 40.7% Today