Their growth prospects are massive.

Nearly everything that's big now started out small. That's true whether we're talking about giant redwood trees or Godzilla. And it's applicable for stocks. Most of the biggest stocks on the market had humble beginnings.

One way to amass a fortune is to invest in small companies that have strong prospects to become really large. The risks are higher, but so are the potential rewards. Here are three monster stocks in the making to buy right now. 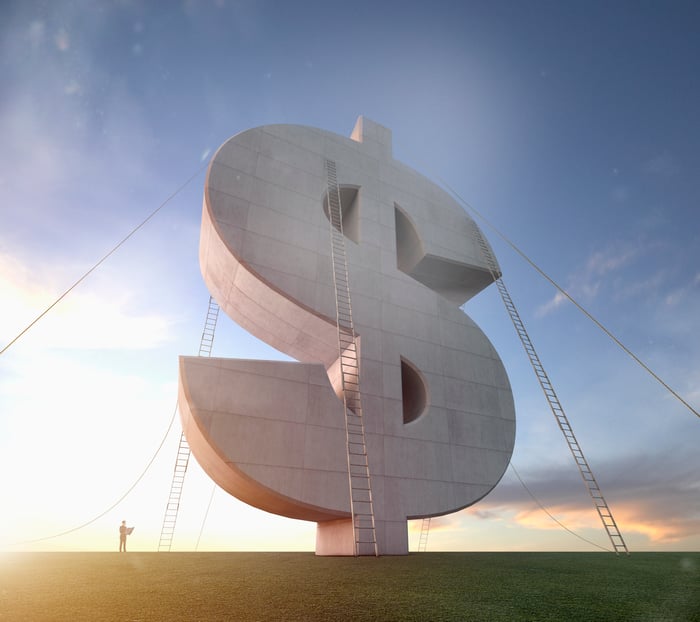 DermTech (DMTK -8.55%) is a small company that plans to transform a big market. Skin cancer affects more Americans than all other types of cancer combined. It's usually treatable if diagnosed early enough. However, there are some drawbacks to the current approach for diagnosing skin cancer, especially melanoma.

For one thing, more than 4 million surgical biopsies are performed each year to identify around 180,000 cases of melanoma. That's a lot of unnecessary cutting. But there's still a 17% chance of missing a melanoma diagnosis with the biopsy and histology method.

DermTech offers a better approach. Adhesive patches are applied to a lesion, removed, then sent to a lab for genomic testing. The company's tests are 17 times less likely to miss a melanoma diagnosis. They're around 40% cheaper. And no cutting is required.

The company estimates its addressable market is close to $10 billion for all types of skin cancer. Medicare by itself represents a $1 billion-plus opportunity. DermTech's market cap currently is only around $1 billion. This healthcare stock should be a huge winner as more dermatologists become aware of the advantages of the company's skin genomics tests.

What if cancer patients could have a therapy specifically tailored to fight their tumors? Gritstone Bio (GRTS -2.05%) is working to make it happen. The biotech is evaluating a personalized cancer immunotherapy called Granite in a phase 2 clinical study.

With Granite, the tumor DNA and RNA of a biopsy are genetically sequenced. Gritstone's Edge platform then uses artificial intelligence to predict the antigens that are most likely to be on the tumor surface (and most easily attacked by the body's immune cells). The company then develops a personalized immunotherapy containing those antigens. This therapy is administered in combination with checkpoint inhibitors such as Keytruda or Opdivo.

The company's market cap remains below $600 million. If its pipeline programs achieve success in clinical testing, Gritstone will either grow much larger or be acquired by a big drugmaker.

Take any physical space, create a 3D digital twin of it, then charge a subscription to use the digital model. That's what Matterport (MTTR -4.49%) does. And it's done it a lot. The company has 5.6 million spaces under management -- 100 times more than the rest of the market combined.

Matterport's customers include companies in real estate, construction, retail, travel, and more. Its platform is used for a wide range of applications such as virtual tours, insurance documentation, building design, and property management.

The company uses a freemium business model. Customers often start off with a free version of Matterport's 3D spatial software. Many of them soon convert to paying subscribers. Matterport has been highly successful with these free-to-paid conversions, as evidenced by its 53% year-over-year subscription revenue growth in the second quarter.

But Matterport has only scratched the surface of its massive growth opportunity. If the company achieves only a 5% market penetration, it will generate annual revenue of $60 billion. Matterport's market cap is less than $4.5 billion right now. This stock could truly be a monster in the making.