Please ensure Javascript is enabled for purposes of website accessibility
Log In Help Join The Motley Fool
Free Article Join Over 1 Million Premium Members And Get More In-Depth Stock Guidance and Research
By Brent Nyitray, CFA – Sep 14, 2021 at 11:49AM

The COVID-19 crisis was not kind to real estate investment trusts (REITs). The mortgage REIT sector was pummeled by margin calls, and mall REITs were shut down for months. While every REIT saw a decline in collections, the triple-net lease REITs performed the best. One triple-net lease REIT is STORE Capital (NYSE:STOR), which is a major holding of Berkshire Hathaway. Here are three reasons why the Oracle of Omaha likes the stock -- and why Foolish investors might, too. 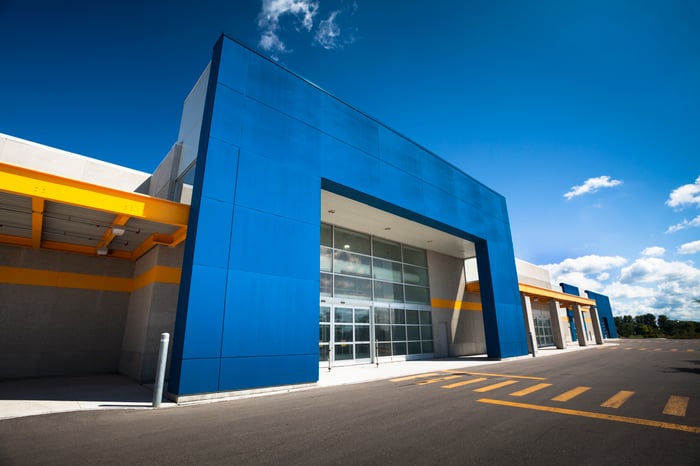 STORE -- short for Single Tenant Operational Real Estate -- had 2,634 properties and 519 different customers at the end of 2020. Service industries (restaurants, education and health clubs) accounted for 65% of rents last year, while manufacturing and retail made up the rest.

Most retailers use a gross lease model, where the tenant is responsible for making the rent payment, while the REIT picks up the other expenses. Think of it like an apartment lease.  But STORE Capital's triple-net lease model means that the tenant is responsible for insurance, taxes, and maintenance on the retail space.  The triple-net lease model is targeted toward more stable clients, with terms often up to 10 years including automatic annual rent increases.

Because triple-net leases are much longer term, the companies that offer them need to scrutinize potential tenants' finances much more closely. STORE spends a lot of time on this part of the business, and its underwriting process takes into account the property-level financials as well as overall corporate financials. The company has systems in place to track real-time performance. Since 2011, credit losses have only been about 0.3% per year for the entire portfolio. This is pretty impressive, given that movie theaters were a big drag for pretty much every triple-net REIT last year.

STORE has a highly diversified customer base

Since REITs have a lot of real estate, depreciation and amortization become big deductions from their net income, which tends to understate the business's true cash generation. Instead, REITs use funds from operations (or adjusted funds from operations) as a proxy for net income. STORE Capital is trading at 18.6 times adjusted funds from operations (AFFO) per share -- less than Realty Income's 20x on the same metric.  On its second-quarter earnings conference call, the company increased its guidance for 2021 AFFO per share to between $1.94 and $1.97 -- a 1% increase from prior guidance and a 7% increase from a year ago.

STORE Capital recently announced that it was increasing its quarterly dividend to $0.385 per share. The increased dividend works out to be $1.54 per share, per year, which is about 80% of the company's guided AFFO per share for 2021. This payout ratio (dividend divided by AFFO per share) is high for a typical company, but not for a REIT.

STORE Capital's new yield works out to be 4.5%, which makes the stock a good investment for an income investor who wants to participate in further growth. STORE isn't going to be a highflier or a fast grower -- that simply isn't its business model. However, it will throw off decent income and should allow its investors to sleep at night.