Stocks gave up some ground in early afternoon trading on Tuesday, as investors remained cautious about the potential for future economic growth amid increased concern about rising U.S. COVID-19 case counts. As of 1 p.m. EDT today, the Dow Jones Industrial Average (DJINDICES:^DJI) was down 221 points to 34,648. The S&P 500 (SNPINDEX:^GSPC) had fallen 15 points to 4,453, and the Nasdaq Composite (NASDAQINDEX:^IXIC) had eased lower by 13 points to 15,092.

The travel industry has been among the hardest hit by the pandemic over the past year and a half, and it has taken awhile for companies to start to get back toward something resembling normalcy. Yet even the progress that major companies in the casino resort niche have made got a big setback on Tuesday, and that sent shares of Las Vegas Sands (NYSE:LVS) and Wynn Resorts (NASDAQ:WYNN) down sharply. Below, we'll take a closer look at what happened and what it could mean for investors. 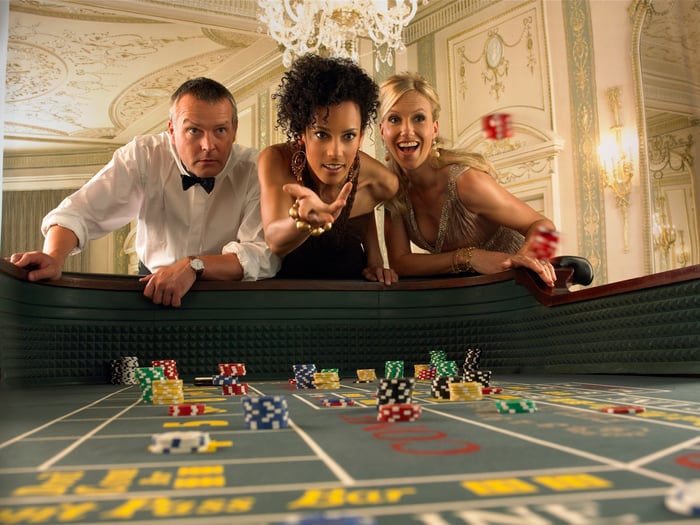 Will Macao take a hit?

The move lower for casino stocks came amid news that the government of the Chinese protectorate of Macao will look to impose new restrictions on the gambling industry. The rules are reportedly intended to help build up mass-market participation in the industry, a move that Wynn in particular has espoused for years as casino companies try to wean themselves away from the highly valuable VIP players who can produce substantial revenue but also big swings in profits.

Macao's five-year plan for economic development, which is set to cover the period ending in 2025, said only that it would strengthen regulations in order to promote healthy development. Beyond that, specifics about what the government would do were sparse, mostly suggesting that promoting a mass-market audience would improve the structure of the industry in Macao.

However, casino investors are concerned that it could get a lot more difficult for casinos to get approval to add more gambling tables in the future. With current concessions set to expire next June, the next nine months could bring a lot more uncertainty to the industry as officials flesh out exactly what they'll need to do to implement the broad policies of the five-year plan.

The impact on big casino names

Investors didn't wait for details before selling off shares of casino companies with the most exposure in Macao. Las Vegas Sands was down almost 12% early Tuesday afternoon, while Wynn Resorts saw a similar decline.

The unfortunate timing of the news was evident from the fact that the stocks had just started to pick up some positive momentum in the past couple of weeks. Sands stock had picked up almost 25% from its lows as investors started to expect that improving pandemic conditions would allow for a return to more normal conditions. Yet today's decline has Sands approaching levels not seen in more than a decade.

Wynn took a bigger hit at the beginning of the pandemic, and its stock price remains well above its lows from a year ago. The news also hurt its prospects, though, as Macao has always been a key growth center for the company.

Casino stocks with fewer or no connections to Macao fared much better, with MGM Resorts International (NYSE:MGM) down just 4% and Caesars Entertainment (NASDAQ:CZR) falling by only 1.5%. That demonstrates the value of a diversified approach toward the sector. In the long run, Wynn and Sands are likely to rebound, but greater regulation could make a recovery take longer than expected.