Skillz's stock price is down 45.7% so far in 2021 as investors worry about management's spending habits.

Skillz (SKLZ -3.73%) is an online platform that brings together gamers to play against one another, including in tournaments. The platform is unique because it offers players the opportunity to wager on the competitions, and the winners can earn monetary prizes.

Skillz's stock price is down 45.7% so far in 2021, and not without reason. The company has been spending aggressively on customer acquisition, and that is worrying some investors. What is making matters worse is that the company doesn't seem to be getting much return on the investments it's making on growth. 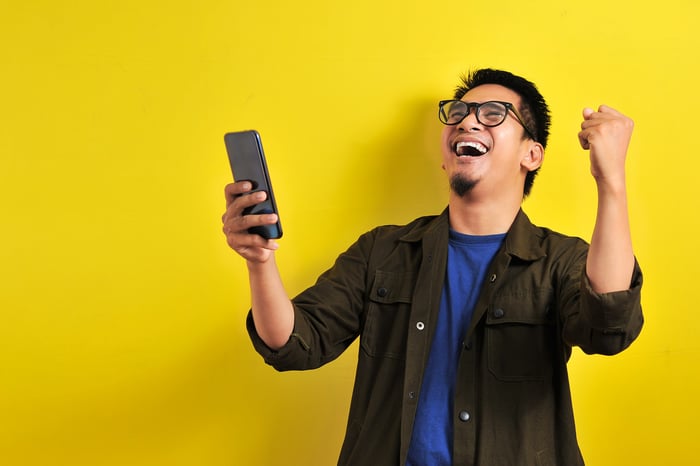 Still, its business is growing rapidly and Skillz has a few catalysts that could push the stock higher in the last part of the year. Let's look at ways this growth stock can recover from its big stock price losses earlier in the year.

Advertising costs are going up

Skillz spent a whopping 111% of revenue on sales and marketing in its fiscal second quarter (its most recent reported), which was not too different from what it spent in the previous quarter. What did all that spending get Skillz in return? Last quarter, the company added 76,000 paying monthly active users (MAUs) on a sequential quarterly basis. This quarter, the company shed 4,000 MAUs quarter over quarter. To give those figures some context, Skillz now has 463,000 paying MAUs.

Management is spending aggressively partly because it believes the lifetime customer value of each new user acquired is 3.8 times what it spends to acquire them. When looking at it from that perspective, management's spending seems more rational than aggressive. After all, it is not certain this kind of value will persist. Market prices for customer acquisition might increase, which will lower that value proposition.

In fact, that could be what's going on in the market for promotion in the current quarter. Already, management noted that rising promotional costs in 2020 were lowering that ratio of customer value to acquisition cost of 3.8 times mentioned earlier. And when you factor in data from Alphabet's most recent quarterly report, it paints a clearer picture of rising advertising costs. Alphabet said that costs per click increased by 31%, and costs per impression increased by 63%, each compared with the same quarter last year. So it's likely Skillz's cost to advertise its services is going up.

If Skillz stock is going to recover and regain investors' confidence, the company will need a different tactic from what it has been doing so far in 2021. Spending aggressively on advertising did not bring in the desired results in the second quarter. With rising advertising costs, it's not likely to do any better in the third quarter either.

Instead, Skillz needs another catalyst. That could come from encouraging developers to create more games that generate more interest. This statement is from the company's most recent quarterly report: "We believe our marketplace benefits from a powerful network effect: compelling content attracts users to our platform, while the increasing size of our audience attracts more developers to create new interactive experiences on our platform."

Basically, Skillz might be better off putting some of those promotional funds toward developers instead. Encouraging developers to create new content for its platform could be a more effective tool for attracting players. If you see Skillz make that pivot, keep an eye on the results as they relate to MAUs. it could be the catalyst that boosts the stock price back to prior levels and beyond.

Why Skillz Is Falling Hard Yet Again
357%