Alibaba is down 50% from all-time highs amid China's relentless crackdown.

On Monday, Sep. 13, Chinese officials unveiled yet another in a series of crackdowns on e-commerce, fintech, and cloud leader Alibaba (BABA 4.79%). One year ago, Alibaba was the starting point for the regulatory crackdown on Chinese tech giants, when regulators canceled the IPO of Alibaba financial subsidiary Alipay following inflammatory comments by founder Jack Ma.

Nearly one year later, Beijing returned to the subject of Alipay, with a new plan for the fintech giant. It will involve a breakup, bringing in the government as an investor, and turning over proprietary data. 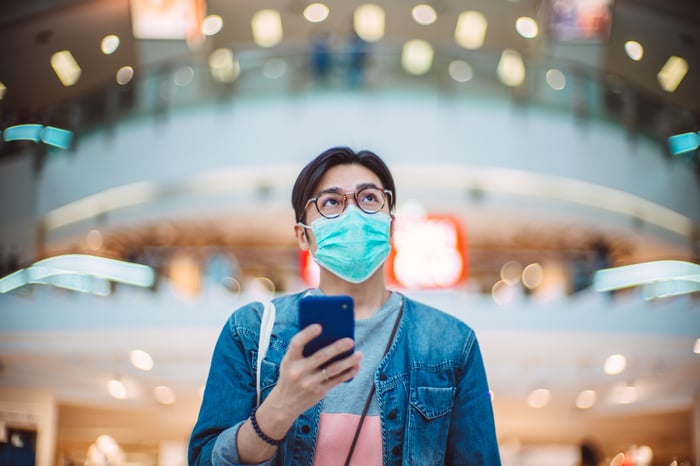 Alipay combines a vast digital payments platform with other traditional financial products such as loans, wealth management, and insurance. Before the regulatory crackdown, Alipay would use data from its payment platform and Alibaba's leading e-commerce platform to score customer credit for loans. Outside banks would fund the loans, so Alipay wouldn't bear any credit risk.

According to the most recent numbers, Alipay has over 1.2 billion users overall, while its credit card platform Huabei had 190 million users, and its installment loan product Jiebei had 500 million users. Those unsecured loan products are what irked China's regulators, especially as loans had grown to $271 billion as of the first half of 2020.

What authorities are doing

Chinese regulators have grown increasingly worried about a runaway boom in spending and leverage throughout the country's economy. Large real estate developer Evergrande (EGRN.F -88.33%) is in serious trouble, which could pose contagion risk for the rest of China. Therefore, China is looking to clamp down on runaway consumer lending as well. That includes Alipay's products, which are underwritten outside the purview of the central banks and other government-controlled financial institutions.

Authorities are proposing splitting Alipay into essentially three different companies. One will merge the loan products of Jiebei and Huabei into a single separate entity, another will be Alipay's credit scoring arm, and the rest will be the payments platform and other products.

Reported in June, the new lending company will be called Chongqing Ant Consumer Finance Co. It will be 50% owned by Alipay, with the other 50% coming from other companies, including some state-owned banks. The new company will also be liable for up to 30% of the loans it issues, which means the new company will need to hold more capital on its balance sheet, and will likely get a much lower valuation in the marketplace.

But just this week, regulators have said they will also require these products to be in an entirely separate app, according to the Financial Times.

Separately, Alipay will likely also have to spin off its credit-scoring wing into a new joint venture that will also share with state-owned entities. Reuters has reported that Alipay will only retain a 35% stake in the new joint venture. The joint venture will also apply for a credit scoring license, which has only been granted to state-owned entities thus far. Clearly, Beijing wants to take down the "walls" around Alipay's vast troves of payments and e-commerce data that have allowed it to score loans in unique ways.

What are the consequences of this? The Financial Times also reported that China's central bank wants banking and fintech lending decisions to be made only from approved credit scoring entities, and not proprietary data out of the reach of the central government. That could mean Alipay's competitive advantage in making lending decisions could go away, as all lenders will have to obey the same rules for scoring potential borrowers.

What does this mean for Alibaba shareholders going forward?

Alibaba only owns 33% of Alipay, so the growth headwinds at Alipay aren't likely to warrant Alibaba's 50% haircut. And it's not like Alipay is going away; it's just that its growth and profitability may take a hit. It may not even be so bad, if new rules succeed in reining in macroeconomic financial risk, while also allowing Alipay to eventually go ahead with its IPO.

However, Beijing is also targeting the barriers Alibaba had erected as a first-mover in e-commerce. This week, Beijing ordered large internet platforms to open up their ecosystems to competitors, instead of blocking links to them. And of course, earlier this year, Alibaba was fined $2.8 billion for forcing brands into exclusivity contracts to access its large e-commerce platform.

Basically, Beijing is looking to tear down various business "moats" it deems somewhat artificial, or at least the result of monopoly power, and not true innovation that benefits the consumer. Unfortunately, it appears that in both e-commerce and fintech, Alibaba is perhaps the biggest offender, or the greatest user of its first-mover monopoly power to entrench its competitive position.

Alibaba's stock has fallen enough to where it may have incorporated all of this bad news into the current low price; however, investors should be aware that it will have to compete much harder for new business going forward than it has in the recent past.