The insurance technology upstart is giving off mixed signals.

Wall Street usually loves a good disruptor, but it has been snubbing tech-powered auto insurance company Root (ROOT 4.08%). Since Root opened trading last October at $26, its stock price has steadily decreased. Shares are trading at just over $6 at recent prices, down 76% from where they debuted. Is this an opportunity for investors, or a value trap?

Insurance is one of the last business areas to face disruption by technology. It's dominated by a group of huge, old companies, and people generally don't love the process of purchasing policies, nor are they usually thrilled with the ones they get. Root wants to change that. 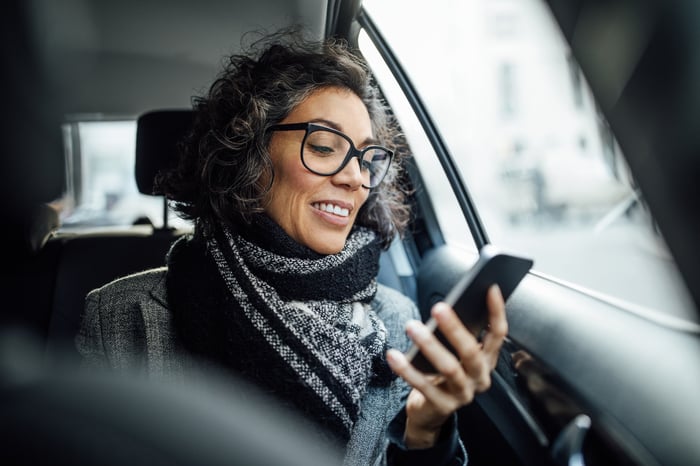 Traditional auto insurers pool data from large groups of drivers and stick each customer into a category that determines the price of their policy. Those categories are broad and in most cases don't take individual driving behavior into account when calculating risk. For example, a member of a younger cohort would get charged a higher price than a member of an older cohort for identical coverage.

Root changes that by using a telematics system to collect data about each individual policyholder's driving behavior, assessing the degree of risk that person brings to the table, and basing the price it charges them on the results.

In the second quarter, Root's direct written premiums (that is, total premiums sold) increased by 24% year over year to $177 million, and that metric has been growing nicely over time.

In August, Root announced a partnership with Carvana to bundle insurance into the used car dealer's vehicle sales. This arrangement opens up a new market for Root that will require little marketing spending. CFO Dan Rosenthal called it a massive opportunity.

Management added that the systems it's setting up for the deal could be used in future partnerships as well. For example, it could use its telematics to work with independent agents. It's also working with car manufacturers to embed chips in new vehicles; if a potential customer has already driven a "RootReady" car, the company will have the necessary data to provide them with an instant policy quote. This is a great path for the company to pursue as it attempts to differentiate itself and carve out a place in the world of auto insurance.

Aside from the entrenched competition from traditional insurers such as State Farm and Allstate, fellow insurance technology company Lemonade is adding auto insurance to its lineup of renters' and homeowner's policies. That will pit two similar companies -- touting the same benefits -- against each other.

Root's loss ratio (which expresses an insurer's losses as a percentage of total premiums) increased by 22 percentage points in the second quarter to 88%. That's still significantly lower than it was in 2019, but that result did not please investors. Direct contribution -- sales minus cost of goods sold and direct expenses -- decreased to a $4 million loss, mostly as a result of the higher loss ratio.

The company has also increased its marketing spending as costs in that arena have risen, but management aims to reduce that into 2022 as it focuses on other marketing channels. These efforts are expected to help it on its path to profitability, but they will also inhibit top-line growth. Management is guiding for a slight sales increase in the third quarter and a decline in the fourth quarter.

The market is awarding Root a low valuation because its top-line growth isn't exploding but its losses are widening significantly. In other words, while there's some reason to be hopeful about its future, the insurer's present is murky. Investors may want to consider opening a small position while Root finds its footing, but it's a risky investment right now -- the opportunity, viewed in the context of the risks and the company's recent performance, doesn't look terribly compelling.

Root Is Down Big Since Going Public 8 Months Ago. Can It Bounce Back?
401%