Its investor day failed to rally the shares.

Traffic monitoring and analytics company Rekor Systems (REKR -1.71%) has been moving the business in the right direction, but the stock of late has been stuck in reverse. The company's shares fell nearly 10% on Wednesday as investors contemplate how long it will take for some of its growth initiatives to pay off.

Rekor makes license plate recognition systems and traffic monitoring devices. The company has been aggressively seeking to expand its potential market, including a recent deal for Waycare Technologies. The Louisiana Department of Transportation and Development recently tapped Waycare to help it reduce congestion and collisions and monitor speed in the Baton Rouge area. 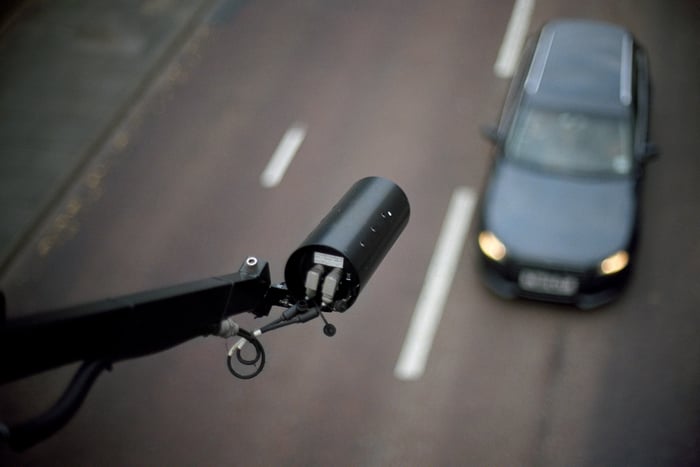 Traffic and congestion are of concern everywhere, and there is a lot of potential for Rekor products and services that provide real-time data and insights designed to make roads safer and improve flow. But state governments are fickle customers with limited budgets, and sometimes the potential does not pay off as soon as hoped.

The company's shares at one point this year were up as much as 180% year to date. Much of that gain was given back in May as it appeared legislation introduced in the Texas and Florida statehouses that could lead to an uptick in sales had stalled. After Wednesday's fall, Rekor is still up 21.6% for the year, about 2 percentage points ahead of the S&P 500.

On Tuesday, Rekor held an investor day highlighting the promise of its tech, but based on the stock's reaction, investors are not sold on the company being able to capture it.

The so-called intelligent infrastructure market is a huge opportunity -- one that analysts at B. Riley estimate could grow to as big as $148 billion by 2026 as states seek to modernize infrastructure. In many cases, making existing roads work better is a more affordable option than building new ones, and Rekor should benefit.

But, for all of that promise, this is still a company with just $13.45 million in revenue in the past 12 months that is valued by the market at more than $400 million. Given that we are in the early days of Rekor trying to capitalize on this emerging market, investors should expect continued volatility.

Why Rekor Systems Stock Drove Off the Road Today