The company is trying to become a carbon-neutral crypto miner.

Shares of Sphere 3D (ANY 13.75%) jumped 26% on Wednesday after its future merger partner Gryphon Digital Mining announced it had received a shipment of machines that will be used to mine Bitcoin (BTC -0.49%) in a carbon-neutral manner. Shares of the stock were up 35% on the news and are now up almost 400% year to date.

On Wednesday, Gryphon Digital Mining announced it had installed its first batch of 7,200 S19J Pro Antminers and will continue to receive 600 machines on a monthly basis. 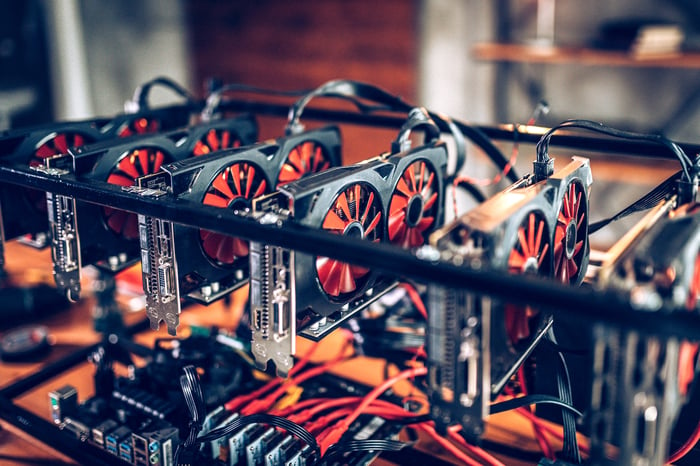 How does this relate to Sphere 3D? Well, the company, which was originally a cloud-based software provider, has transitioned to trying to mine Bitcoin in an environmentally friendly manner. To do so, it has agreed to merge with Gryphon Digital Mining. (The merger hasn't been finalized yet.)

To help finance purchases of Bitcoin mining equipment, Sphere 3D is raising $192 million by selling shares of common stock and warrants. Along with the 7,200 machines Gryphon is installing, Sphere 3D plans to buy 60k crypto mining machines that will be powered by renewable energy.

Bitcoin mining is an exciting development for some investors, especially for those who are bullish on cryptocurrencies, in general. But long-term, fundamental investors should stay far away from Sphere 3D stock.

The company hasn't released a quarterly report since November of last year. In that report, it was clear that its software business was declining quickly. This pivot to Bitcoin mining should be a huge red flag and keep all investors away from Sphere 3D stock at the moment.