And both stocks could be winners as a result.

Many consumers aren't really aware of the benefits of 5G yet. After all, there is no "killer app" accessible only on 5G... at least not yet. And for many, 4G service does the job just fine.

That's where the new partnership between 5G leader T-Mobile US (TMUS -1.56%) and Walmart (WMT -2.33%) comes in, and it's a partnership that could benefit both companies handsomely. 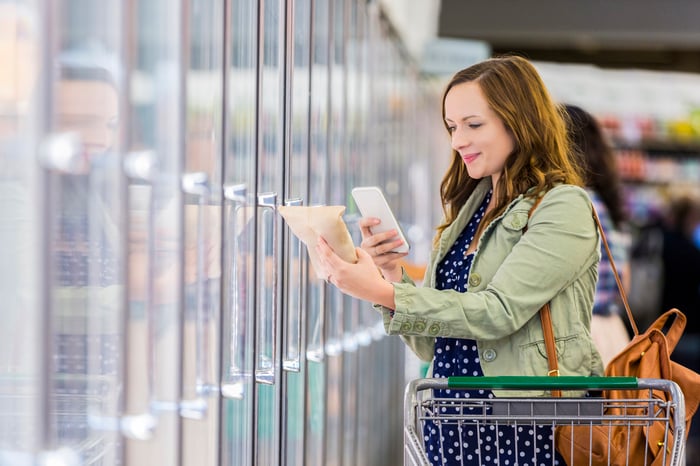 A strategic coup for T-Mobile

For those who haven't been following the 5G races, it appears as though T-Mobile will have a two-year lead on its larger rivals in the transition to 5G, especially when it comes to mid-band spectrum deployment. Mid-band 5G can give customers speeds in the hundreds of megabits per second, a huge improvement over 4G, which typically gives only 10 to 30 mbps. By the end of this year, T-Mobile plans to have 200 million Americans covered with mid-band spectrum, and basically the whole country covered with low-band 5G, which is still an improvement over 4G.

One of the other potential use cases for mid-band 5G is as a broadband replacement -- a new growth area for the telecom giant. T-Mobile unveiled its 5G home broadband product late last year in 450 cities and towns it deemed "left behind" by current broadband solutions. The company has also set a goal of 7 million to 8 million broadband customers by 2025. Given the well-saturated mobile market, getting a viable home broadband market up and running is a key factor in T-Mobile's upside.

While home broadband was one pillar of T-Mobile's growth plans, another is rural markets. In the 4G era, T-Mobile didn't have the coverage to compete in far-reaching parts of the country, and only garnered a low-teens penetration in these markets -- much lower than its roughly 30% market share nationally. But since T-Mobile has leapfrogged the other major two networks in terms of 5G coverage, it's now going after these markets. 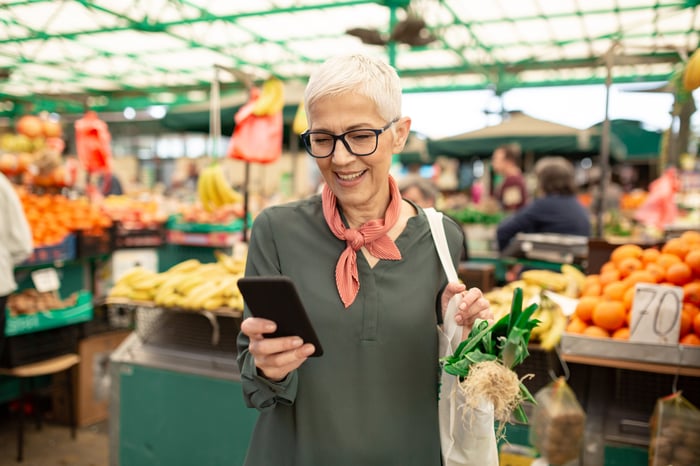 Walmart checks both those boxes for T-Mobile

The strategy for T-Mobile kills several birds with one stone. Many Walmart stores are already a central hub of activity in rural America and small towns. Therefore, T-Mobile won't have to go through the trouble and cost of setting up its own stores, which might not make sense in a geography with a limited population.

Second, many of these rural towns have limited choice for broadband providers, and T-Mobile's low-cost $50-per-month wireless broadband should make an immediate impact.

The partnership should also be a win for Walmart

At the same time, Walmart should also benefit in showing off leading 5G technology in its stores. And since the move is really helping T-Mobile expand quickly in a strategic geography, Walmart should be getting a nice fee from the devoted space.

While the two companies didn't disclose the terms of the deal, given Walmart's history of squeezing vendors pretty hard, Walmart itself is likely to receive some healthy revenue from T-Mobile, either fixed, or as a percentage of sales.

But T-Mobile should benefit more

The new revenue is likely to be beneficial to Walmart around the edges, but since Walmart is already so massive and sells so many things, the benefits are likely to be incremental to its total business. However, the rural initiative and broadband initiative is a big deal for T-Mobile's growth plans, so I'd expect it to benefit more.

T-Mobile has sold off a little bit recently, after news of its unfortunate data breach. However, as that recedes into the past, and as the benefits of 5G become more apparent, the new Walmart partnership could mark a great jumping-off point for its rural and home broadband growth initiatives. Its discounted stock looks attractive after the recent sell-off.

Why These Big-Time Investors Own T-Mobile
363%