The meat-alternatives company could disappoint investors.

Shares of Beyond Meat (BYND 4.11%) declined on Thursday following bearish analyst commentary. By the close of trading, the plant-based food-provider's stock price was down 2.3% after falling as much as 6.1% earlier in the day.

Piper Sandler analyst Michael Lavery cut his rating on Beyond Meat's stock from neutral to underweight and slashed his price forecast from $120 to $95. Lavery's new estimate implies potential losses for investors of roughly 12% from the stock's current price near $108.25. 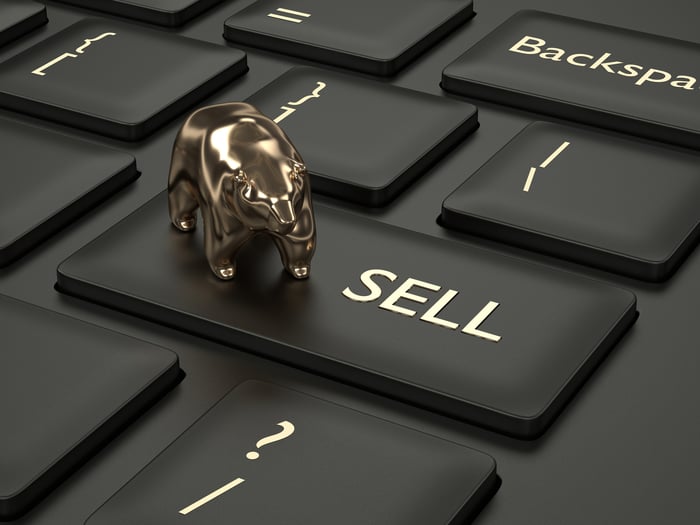 Analysts at Piper Sandler placed the equivalent of a sell rating on Beyond Meat's shares. Image source: Getty Images.

While acknowledging that Beyond Meat remains a leader in the plant-based foods industry, Lavery warned that the company's sales could fall short of investors' expectations. He forecast a 10% decline in Beyond Meat's U.S. retail sales in the third quarter, driven in part by market-share losses.

Some people prefer to not eat meat for moral or health reasons. Others see eating more plants and less meat as a way to reduce greenhouse emissions and combat climate change. For these and other reasons, the trend toward meat alternatives and other plant-based foods is likely to continue in the coming years.

However, competition in this steadily expanding industry is intensifying. International food and beverage giants like Nestlé, and even meat processors like Tyson Foods, are ramping up their plant-based offerings. These new rivals are beginning to wrestle away market share from Beyond Meat. Increasing competition is also likely to weigh on Beyond Meat's ability to raise prices, thereby pressuring its profit margins.

For these reasons, the risks for Beyond Meat's shareholders are increasing -- and investors may want to approach its stock cautiously.