These altcoins have created and destroyed wealth alike in a short period of time.

Developers behind Avalanche announced on Sept. 16 that it raised $230 million via a token sale to private investors. The Avalanche Foundation plans to use the proceeds to accelerate its transformation in the decentralized finance (DeFi) space. The smart contract platform enables scalability, low transaction fees, and interchain communications.

As for Polkadot, the Internet of Blockchain network is gaining significant traction. Due to its ability to issue parachains, crypto developers would no longer need to build their own blockchains and can simply use Polkadot's existing infrastructure. On Sept. 17, data company Crown Sterling launched its own encrypted, quantum-resistant block explorer on Polkadot.

Lastly, there were record amounts of profit-taking on decentralized applications (dapps) token Solana after investor euphoria sent it rallying over 100% in the past months. In fact, so many users transferred SOL from their wallets to exchanges to cash out that it sent the network offline for 17 hours on Sept. 15, further increasing its uncertainty. 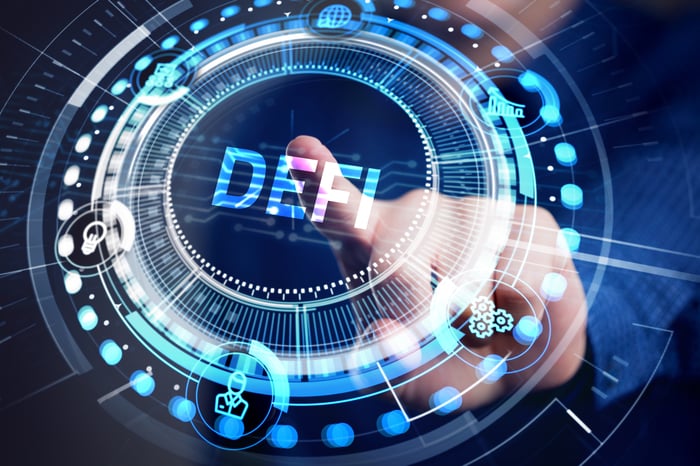 Over 225 projects are under development on the Avalanche blockchain. For example, Tether, the company behind the $68 billion USDT stablecoin, is in the initial stages of launching USDT on Avalanche. Meanwhile, Polkadot has 494 projects on its network ranging from dapps to wallets to transaction validators and more. This also includes multibillion-dollar oracle token Chainlink. Finally, notable projects on Solana involve stablecoin USD Coin and FTX, the third-largest cryptocurrency exchange in the world -- both of which are choosing the Solana network for its fast settlement capabilities.

All three are mid-cap tokens in the DeFi space, with market caps ranging from $15 billion to $45 billion. But that's just the beginning for this promising sector. In early 2020, DeFi was essentially unheard of. Still, now, its total addressable market has grown to a staggering $177.37 billion and has already made new highs after a bearish capital flight in May. Moreover, the fundamental value of Avalanche, Polkadot, and Solana's projects are quickly catching up to their valuation. Hence, it's best to hold steady in the face of record volatility and let these promising tokens add wealth to your blockfolio.

2 Cryptos Primed to Outperform Ethereum in 2023

The Ultra-Contrarian Case for Investing in Solana Right Now

Is Crypto Dead After FTX's Collapse?
358%