The Chinese pharmaceutical company is racking up approvals for its lead oncology drug, Brukinsa. 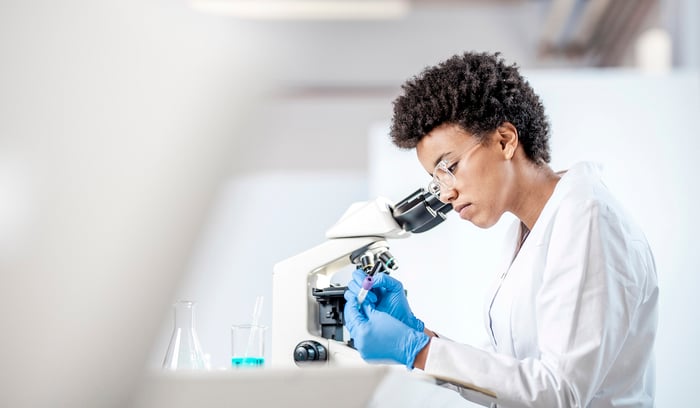 The company has been on a roll lately with its lead oncology drug, Brukinsa (zanubrutinib). On Wednesday, BeiGene said that the Food and Drug Administration had granted accelerated approval to Brukinsa as a therapy for patients with relapsed or refractory marginal zone lymphoma who have already had at least one regimen of an anti-CD20-based antibody treatment. Anti-CD20 antibodies kill immune B-cells, which can cause inflammation.

It is the third FDA approval for the drug; previously it was cleared for use as a treatment for Waldenström's macroglobulinemia and mantle cell lymphoma in patients who had already received a prior therapy. BeiGene is also waiting to see if the FDA will approve Brukinsa's use as a therapy for chronic lymphocytic leukemia.

Plus, on Friday, the company announced that the European Medicines Agency's Committee for Medical Products for Human Use was recommending approval for Brukinsa to treat adults with Waldenström's macroglobulinemia who have already undergone treatment with a different therapy or for patients for whom chemotherapy was unsuitable.

Brukinsa is in a class of drugs that inhibit a protein called Bruton's tyrosine kinase (BTK), which is associated with various B-cell malignancies. If Brukinsa can show superior efficacy and safety to Imbruvica, the market's top-selling BTK inhibitor, that would be a big deal: AbbVie made $5.3 billion last year in revenue from Imbruvica.

BeiGene, a biotech company, reported $755.8 million in revenue through the first six months of 2021, up 542% year over year. That included revenue of $42.4 million from Brukinsa, compared to $7 million in the same period last year. However, BeiGene is still losing money, to the tune of $413.8 million through the first half of the year.

As Brukinsa's applications expand, though, so too will the drug's revenues, allowing BeiGene to fund its other clinical trials and giving it further potential for considerable growth.