It can be lonely at the top. Another Apple Event passed without a major product launch. Are Apple's best days behind it?

Consumer product and technology company Apple (AAPL -0.34%) is one of the largest and most dominant businesses globally, since building a base of more than 1 billion iPhone users worldwide.

Apple just had its annual iPhone reveal event and again showcased incremental product updates rather than something bolder. While it's still a great company, here are three reasons why Apple stock's best returns might be behind it.

1. Apple and the "Innovator's Dilemma"

The "Innovator's Dilemma" concept comes from Harvard professor Clayton Christensen, who wrote a book about it in 1997. The Innovator's Dilemma is the idea that a successful business can get caught between sustaining what it knows already works versus striving to continue pushing the envelope, embracing new ideas. 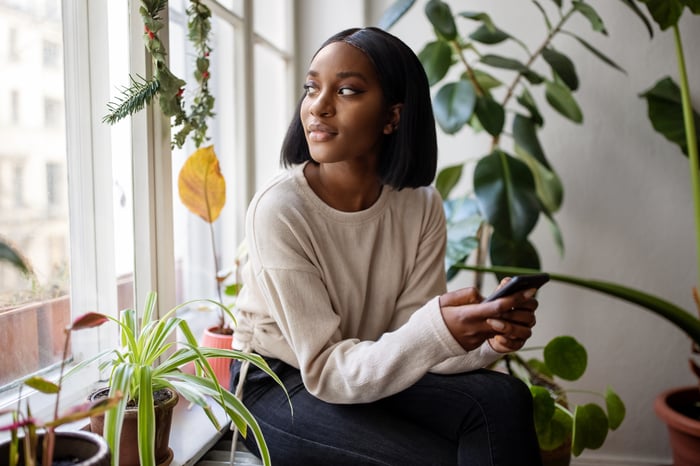 A classic example of this is Blockbuster, which went from a multi-billion-dollar industry giant in entertainment to out of business in just over a decade because it failed to adapt its business model to new and emerging ideas, which in this case was the digital distribution of content, a la Netflix.

When we talk about Apple, it's essential to be clear in saying that I do not think Apple is in danger of being "Blockbustered." But it is important to recognize patterns and be forward-looking.

Apple just had its annual iPhone reveal, and the majority of the highlights centered around new iterations of its iPhone, Apple Watch, and iPad products. The freshest product among these three is the Watch, which debuted in 2015. Apple has added the occasional feature over the past six years but has mostly stuck with memory, processor, and camera upgrades.

Why would Apple shake things up? The iPhone continues to sell, and Apple has grown revenue by 15% per year over the past decade. But in 2010, more than one-third of Americans used Blackberry devices; did anyone see the iPhone coming then?

Apple has grown into the largest public company globally, with a market cap currently at $2.4 trillion. The total Gross Domestic Product (GDP), which is the total monetary value of all the goods and services in the United States economy, is $22.72 trillion, meaning Apple is worth more than 10% of the wealthiest economy in the world!

I know we're comparing apples and oranges here since market caps measure the total market value of a company while the GDP looks at monetary production in a single year. Nevertheless, it's still impressive to see Apple's market value in the same ballpark as this metric of the national economy.

The stock's market cap has grown from roughly $400 billion to $2.4 trillion over the past decade, a six-fold increase. Because Apple is such a massive company, it will be much harder for the market cap to double, let alone grow six-fold again anytime soon.

It's just what happens when a company reaches a large enough size. A smaller company will grow from $5 billion to $50 billion more easily than a $100 billion company will grow to $1 trillion. Apple can continue to grow and increase in value, but investors are unlikely to see the returns over the next decade that just occurred over the last 10 years.

3. A valuation going in the wrong direction

To drive this point home, let's look at Apple's valuation over that time. From 2012 to late 2019, the stock consistently traded at a price-to-sales (P/S) ratio between 2 and 4. But since then, the P/S ratio has expanded to what is now more than 7.

Can Apple justify this increased valuation as its massive size makes it increasingly harder to maintain its growth? It has been working to grow a variety of subscription services in recent years, such as:

These services carry higher gross margins than the hardware Apple sells. In third-quarter 2021, service margins were 70% versus 36% on hardware. However, services make up just 18% of total revenue, so the company's overall profit margins might be tough to improve dramatically because hardware influences the total financials so much.

So what can investors expect from Apple?

The business itself remains healthy, and investors should not interpret this as a negative slant on the company. Apple continues to grow; its revenue grew 36% year over year in the 2021 third quarter, hitting an all-time high.

Apple may need to continue performing at a high level to justify its increased P/S ratio; if sales momentum slows from something like a soft iPhone sales cycle, investors may choose to push the stock back toward the valuation it's traded at for much of the past decade.

With how large the company has grown, investors are most at risk of Apple becoming merely a "good" investment moving forward instead of the "great," life-changing investment it has been for the past two decades.