When insurance company Lemonade (NYSE:LMND) debuted on the New York Stock Exchange in July 2020, there was a lot of excitement. The stock price more than doubled on its first day of trading to about $69 per share. A little more than 14 months later, on Sept. 20, Lemonade is trading at about $70 per share -- but it has been a wild ride to get there, as it soared to over $160 per share in January of this year and peaked at around $188 in February.

Since then, it has plunged considerably and is currently down almost 43% year to date. Is the worst over for Lemonade? 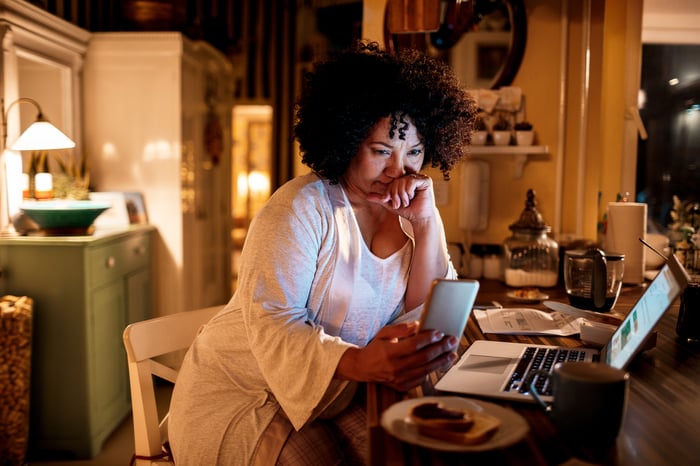 How Lemonade operates and why it has investors' attention

There is a lot of excitement about Lemonade as a company and for good reason. It is looking to disrupt the insurance industry with the way it delivers insurance. Lemonade offers renters, homeowners, and pet insurance through its app, through which customers can pay bills, file claims, and do all their insurance-related business. It uses machine learning and artificial intelligence to more efficiently price policies and review claims. About one-third of claims are paid in a matter of seconds, while more complicated claims are referred to staffers.

What's also different is its business model. From the premiums customers pay, Lemonade takes a percentage, about 25%, to cover administrative costs and grow the company. The remaining 75% goes to cover claims and associated expenses. Lemonade views this money as the customer's, so any surplus from the 75% set aside for claims goes to a charity of the customer's choosing. This year it has given $2.3 million to charity, more than double last year's total.

Because its interactions with customers are all done digitally, Lemonade benefits from lower overhead and expenses, and customers are happy because the process is a lot faster than working with traditional insurers. Also, with Lemonadeʻs platform, the more data it gathers on its customers, the more robust its algorithms become, and the more accurately it can quantify risk. This, theoretically, will lead to lower loss ratios -- which are the percentage of premiums paid out in claims -- and, in turn, lower premiums.

That is the idea, anyway. Let's look at how the company is doing and why it has struggled since going public.

Better days ahead for Lemonade?

The company has been around since 2015 and it has yet to make a profit. That's not unusual for start-ups, as it takes a lot of money and investment to scale up. But Lemonade really took a hit in the first quarter as its gross loss ratio skyrocketed to 121%, from 72% in the first quarter of 2020. This was due almost entirely to the unexpected Texas deep freeze in mid-February, which caused power outages for millions for an extended period. Company officials said they received about a year's worth of claims in a few days. As a result, revenue and gross profits were down year over year and the company had a $49 million net loss. The stock price dropped precipitously around that time.

The second quarter was much better, as the gross loss ratio dropped back down to 74%, which is extremely low -- anything under 100% means you are profitable in relation to claims paid out versus premiums taken in. This is the range that Lemonade has traditionally been in, reflecting its excellent underwriting. While gross profit was up, the company had a $55 million net loss, up from $21 million a year ago. This is due to higher expenses, which jumped 161% year over year, mainly because of technology investments.

Lemonade announced in the second quarter that it was launching Lemonade Car, a car insurance business, so the expense spike was likely tied in part to that.

The best is yet to come for Lemonade

There is a lot to like about Lemonade, from its business model to its low loss ratio to its rapid growth. The company has more than 1.2 million customers after just six years of being in business. That's up from 814,000 just a year ago. Its entry into the car insurance business, while incredibly competitive, opens the company up to a huge new market where it could gain a foothold, as it has in its current businesses, with its growing name recognition and ease of use.

This is a young and growing company, and, as such, it's not yet profitable, which is not unusual for a start-up as it takes a lot of capital and investment to ramp up. It is also in a very competitive field with a lot of established players as well as hungry newcomers.

There will certainly be more short-term volatility, particularly when you face weather events like the Texas freeze, for example. It doesn't yet have the user base to fully and effectively absorb big hits from outsized weather events like hurricanes and wildfires. However, management has learned some things as it grows. Last year, it changed its approach to reinsurance, which reduced its exposure during the Texas freeze. It moved to a quota share reinsurance program, which, without getting too technical, means it paid its reinsurance partners a higher percentage of fees, but they also take more responsibility for catastrophic losses, thus buffering the blow. That should help during similar shocks in the future.

Whether or not the worst is over is an open question. There will certainly be more short-term volatility, but over time, Lemonade has great potential to be a major disruptive force in the industry.

While I truly like its long-term potential, I wouldn't buy its stock right now. There's still a little too much uncertainty. While the price has come down, I don't think it will start moving back up anytime soon, so you have time to see where things go. Keep an eye on this company and see how it does in future quarters with its loss ratio and profitability. It will also be interesting to see what the initial reaction of the market is to the debut of the car insurance business.