Please ensure Javascript is enabled for purposes of website accessibility
Log In Help Join The Motley Fool
Free Article Join Over 1 Million Premium Members And Get More In-Depth Stock Guidance and Research
By Billy Duberstein – Sep 20, 2021 at 6:54AM

The e-commerce and cloud giant hasn't split its stock since the dot-com boom. But could that change in the post-Bezos era?

When a company splits its stock, it decreases the share price but increases the amount of shares in the market by the same ratio. Stock splits don't affect a company's valuation at all, as its market cap remains unchanged.

And yet, a stock split has sometimes historically catalyzed a stock higher. Why would that be, if the intrinsic value of a company remains unchanged? Well, once the price per share of a stock gets high enough, retail investors without as much investable cash to spare can become priced out. So when a company splits its stock, individual shares become more "affordable" for those without as big a portfolio.

Of course, in recent years, more and more stock brokerages have offered investors the ability to buy fractional shares. That means investors now increasingly have the ability to buy a portion of a share instead of a minimum of one. Still, many still don't have brokerage accounts with this capability, and those with older brokerage accounts may not wish to go through the hassle of transferring their portfolio to one that does.

That means some investors may still be priced out of the stock of Amazon.com (AMZN -0.77%), which currently goes for $3,462 per share as of this writing. But could this change in the near future? 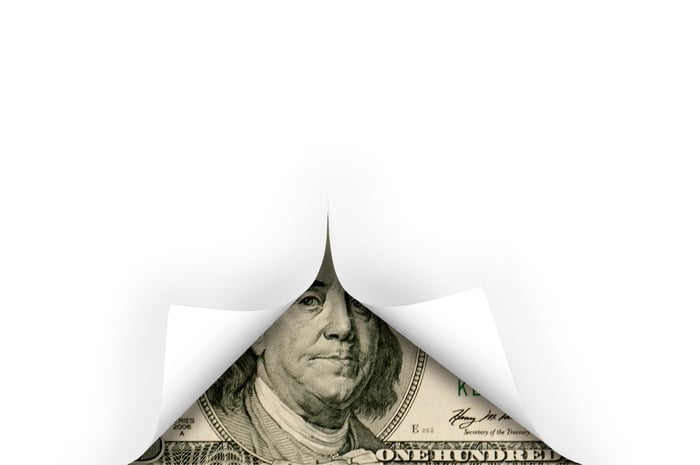 To be sure, Amazon management has not given any indication whatsoever that they are thinking about splitting its stock. In addition, the company hasn't split its stock for over 20 years.

Interestingly, Amazon was an active stock-splitter shortly after it went public in May 1997. In June 1998, just one year after its IPO, Amazon split its stock 2-for-1. That was followed by a 3-for-1 split in January 1999, and another 2-for-1 split in September 1999. What spurred such a rapid progression of stock splits? In all likelihood, it was due to Amazon's skyrocketing share price during the dot-com boom of the late 1990s.

There were few to no brokerages offering fractional shares back then, and Amazon was not generating profits or much cash flow at that time. Therefore, the stock splits were likely a strategy to keep its shares affordable to retail investors and propel the company's market cap higher. Back then, Amazon was more likely to use its stock as currency for acquisitions, so keeping its market cap as high as possible was also of strategic importance.

However, we all know what happened next. Amazon, like all high-powered tech stocks at the time, underwent a severe correction in the dot-com bust, and its stock fell from over $90 per share to below $6 in just two years' time.

Amazon hasn't split its stock since. Why, might one wonder? Perhaps founder and former CEO Jeff Bezos was humbled by seeing the company's share price in the single-digits. Perhaps he decided to court more long-term, buy-and-hold investors in the image of Warren Buffett, who famously has never split Berkshire Hathaway's (BRK.A 0.35%) (BRK.B 0.40%) A-shares, as opposed to more active traders.

In any case, Amazon never split its stock again.

But a new era has begun

As we all know, Jeff Bezos officially retired as full-time CEO this year, even though he will still be on the board and play a key role in high-level decisions. Taking the helm is former AWS head Andy Jassy, who may seek somewhat of a "reset" as he begins his tenure. Whether that could mean splitting the stock is a measure of conjecture, and Bezos could veto that decision. However, a stock split is more likely than it was with Bezos as CEO.

One reason Jassy may wish to split Amazon's stock is that the stock has lagged its big-tech peers for more than a year now. 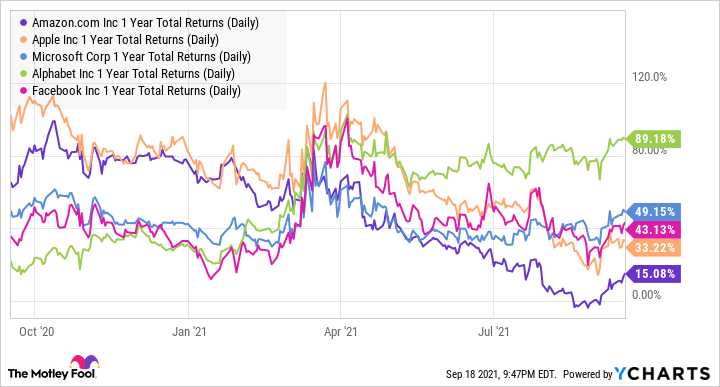 Could Amazon's huge price per share be the culprit? It's hard to say. Amazon did outperform in the early days of the pandemic, when nearly doubled in a short amount of time, pushing its share price over $3,000. In any case, Amazon is among the most competitive companies in the world, and I'm sure management has taken notice of the underperformance despite strong earnings results.

Other large-cap tech companies like Apple and Tesla both split their stock on August 31, 2020, and both stocks have done well since the split -- though Apple has slightly lagged the S&P 500 since that time. Another highflyer, Nvidia, also recently split its stock this year on July 20, and is up a whopping 17.7% in just a short amount of time, handily beating the market. While all three have gained, it's impossible to know if their stock splits were directly responsible.

Keep an eye out for an Amazon split, but don't count on it

It's impossible to predict the cadence of stock splits, especially after a 20-plus-year drought for a particular company. Yet a new CEO and lagging share performance could -- with an emphasis on the word could -- spark a change.

Of course, long-term-oriented investors shouldn't necessarily focus on stock splits. Over the long term, a stock will generally reflect the value of the business, no matter the price per share. After a long period of lagging big tech peers, it's also possible Amazon is primed for another run eventually, stock split or not.