The off-price retailer is in the midst of opening 60 new stores in the span of two months, but Burlington stock has fallen about 15% since mid-August.

Like many retail stocks, shares of Burlington Stores (BURL 0.21%) plunged when the pandemic struck last year. Fortunately, in-store sales recovered rapidly as 2020 progressed, helping Burlington stock to regain all the ground it had lost by year-end. Moreover, sales have surged well beyond pre-pandemic levels in 2021.

This strong recovery caused Burlington stock to rocket to a new all-time high above $350 this summer. However, the shares dropped 9% after the company's earnings report last month. While second-quarter revenue and earnings smashed expectations, management offered a cautious outlook for the rest of the year. Burlington stock has continued to retreat in recent weeks. 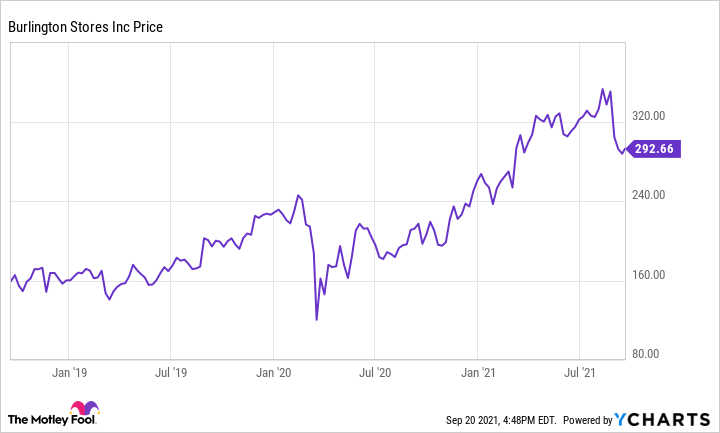 New management and a new strategy

Burlington has a fairly simple strategy to grow revenue and earnings. The company aims to become more like off-price retail giants TJX Companies and Ross Stores (ROST 1.54%) by increasing its store count while reducing square footage per store to boost sales productivity and inventory turnover. Burlington has hired three Ross Stores veterans to lead this makeover.

The company has already made significant progress. At the end of 2013 -- the year of its IPO -- Burlington's average store size was 80,000 square feet. By the beginning of this year, that figure had fallen to around 63,000 square feet.

This reduction in average square footage has driven strong growth in sales per square foot. It has also meshed well with the company's efforts to reduce inventory per store to boost inventory turnover and cut back on clearance discounts. 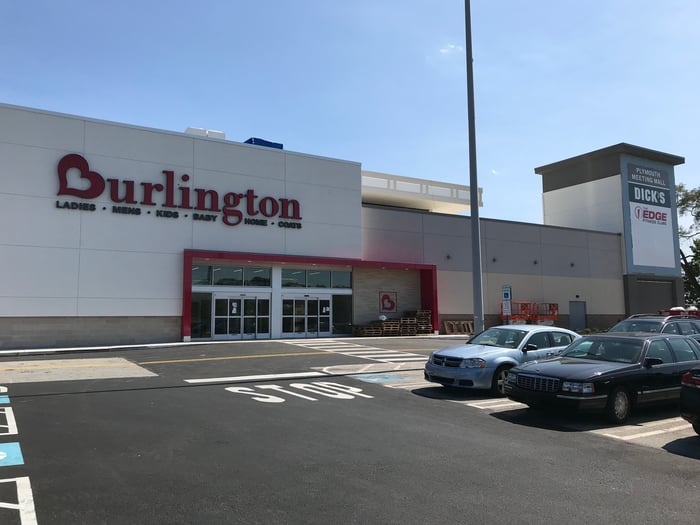 Burlington is still in the early innings of implementing this strategy. The company estimates that the new stores opening this year will average just 32,000 square feet -- and some are using a new 25,000 square foot prototype. By gradually closing older, oversized stores while opening smaller locations, Burlington should be able to drive strong improvement in its sales productivity and profitability over the next decade.

Earlier this year, Burlington announced that it planned a record 100 store openings (offset by 25 store closures) in fiscal 2021. The bulk of those openings are occurring this quarter. In fact, the company has already opened 20 new stores this month, with four more set to open this week. Another 36 stores will open in October.

This extraordinary pace of store openings will put some pressure on Burlington's profitability this quarter. On the flip side, it should provide a solid revenue boost starting next quarter. Additionally, Burlington expects its new stores to turn profitable quickly.

Burlington recently increased its long-term store target from 1,000 to 2,000. With just 792 stores as of early August, this implies that the chain could maintain its rapid pace of expansion for many years to come. 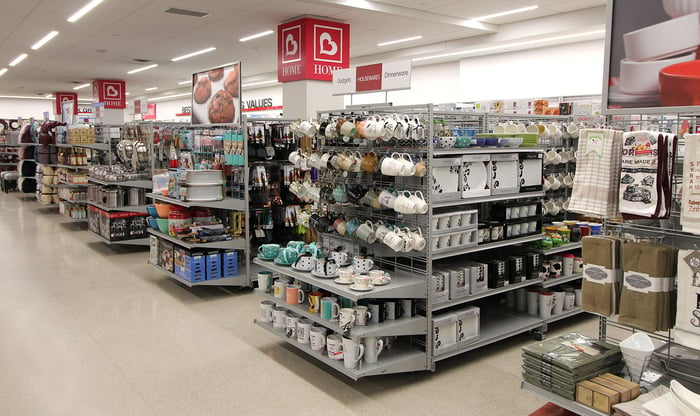 A great opportunity for patient investors

Despite the recent pullback, Burlington stock remains somewhat expensive. On average, Wall Street analysts expect the company to generate earnings per share of $9.24 this year and $10.60 in fiscal 2022. That means the shares still trade for nearly 28 times forward earnings.

This highlights Burlington stock's substantial upside, which will likely be augmented over time by share buybacks and market share gains for the off-price sector. That makes the stock a solid pick for long-term investors.

Burlington Stock Drops 9% After Earnings: Is It a Buying Opportunity?
357%