With social media buzzing about another electric-vehicle start-up and discussions on the broader EV space surpassing all other hot industries including crypto, shares of most EV stocks were rallying higher.

A post  Wednesday on Reddit's WallStreetBets forum about Canoo Holdings (GOEV 5.08%) stirred up such an intense discussion that the EV start-up raced past the biggest meme stocks like AMC to become one of the most-discussed stocks on Reddit Thursday. Some notable recent developments for Canoo include its deal to partner with VDL Nedcar as a contract manufacturer, news that it had more than 9,500 non-binding pre-orders combined for its pickup truck, lifestyle truck, and multi-purpose delivery vehicles as of the end of the second quarter, and the announcement of its first electric vehicle factory in Oklahoma.

The social media tailwinds pushed Canoo's shares up by 13.4%  for the day, and apparently took several other EV stocks along for the ride, including the embattled truck maker Lordstown Motors and battery start-up Quantumscape. Some company-specific developments added fuel to their respective fires. 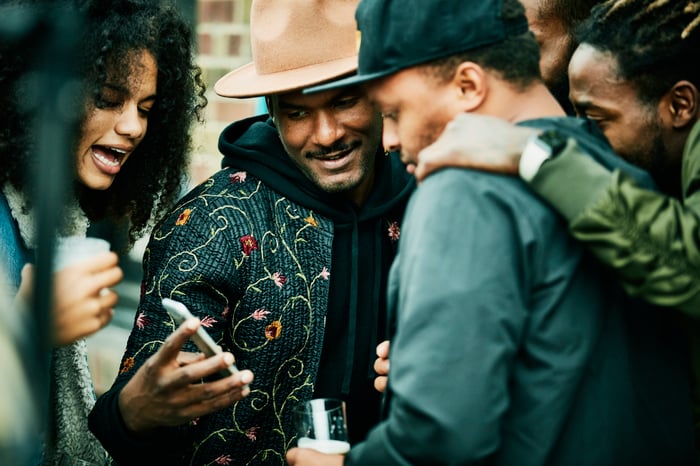 Lordstown Motors shares have been buzzing since late August when the company announced the hiring of new CEO Daniel Ninivaggi, who brings with him rich experience in the automotive industry. Investors hope that Ninivaggi can help turn the company's fortunes around and address some pressing concerns, such as the ongoing investigations into Lordstown for allegedly inflating production and demand numbers for its Endurance pickup.

Quantumscape is in much better shape, and the stock's Thursday rally was, in part, a carryover from the previous couple of days. On Tuesday, Quantumscape announced it had signed an agreement with one of the 10 largest automakers in the world to evaluate its advanced solid-state battery cell prototypes and also to purchase some capacity in the company's pre-pilot production facility that's expected to start manufacturing batteries in 2023. That big announcement sent Quantumscape stock soaring.

The company had already won over Volkswagen with its innovative solid-state battery technology, but bringing a second auto giant into the fold is a big deal for a company that's still testing its potential products.

Both Lordstown Motors and Quantumscape are a long way from commercial production. The big difference between them, though, is that Lordstown Motors isn't out of the woods yet and faces several risks on the road to bringing a vehicle to market, while Quantumscape appears to be making visible progress with its battery technology and attracting the friendly attention of EV manufacturers. As such, Quanumscape shares have a better chance of sustaining momentum than Lordstown Motors on any given day.

Is QuantumScape the Best EV Stock You Can Buy Now?
351%