The Dow Jones Industrial Average is down about 4% since it reached its all-time high last month, bringing its year-to-date return to just under 12% at the time of this writing. While no one knows whether the current volatility is just a temporary dip or the start of a market correction, there are strong companies already trading at compelling valuations to consider buying right now.

Take-Two Interactive (NASDAQ:TTWO) and Mattel (NASDAQ:MAT) are two such companies with the potential to outperform over the next five years and beyond. 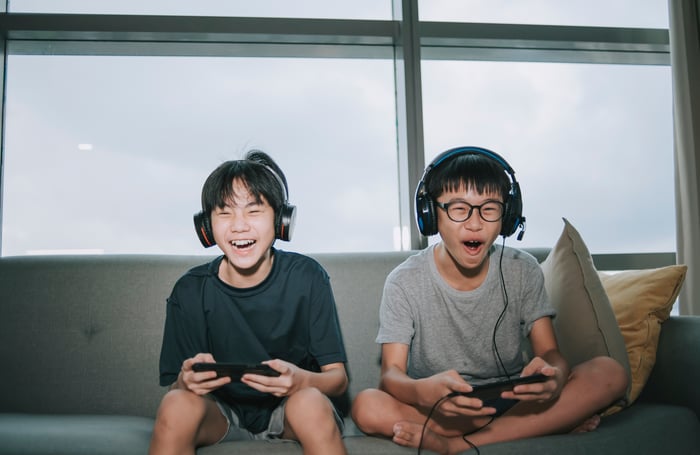 The video game industry has been steadily growing over the last several decades, and constant technological advancements should help it continue to do so. With mobile and cloud gaming providing more ways for players to access games, the industry is expected to increase in value from $175 billion to $218 billion by 2024, according to market researcher Newzoo.

This tailwind should benefit Take-Two Interactive, which owns one of the most-played titles in Grand Theft Auto V, and it is investing aggressively for the future. The company has a deep pipeline of 62 new releases slated between now and fiscal 2024.

Wall Street is typically focused on short-term results, which is why the stock is down 30% year to date. The video game industry is expected to post an unusual sales decline in 2021, but that only reflects the surge in growth that happened during the pandemic last year. Management is guiding for a 5.4% decline in revenue for its current fiscal year (which ends in March 2022), but analysts expect the company to return to solid double-digit growth in fiscal 2023.

During the past year, Take-Two hired 700 new developers and acquired several studios as it lays the groundwork for more growth, which is why this recent sell-off is an ideal time to buy shares.

In fact, Take-Two is one of the cheapest major gaming stocks on the market right now based on the price-to-sales ratio. Activision Blizzard and Electronic Arts trade at 6.4 times trailing 12-month sales, but Take-Two trades at just over five times. In the recent past, a similar gap in valuation has precipitated strong returns for Take-Two investors. 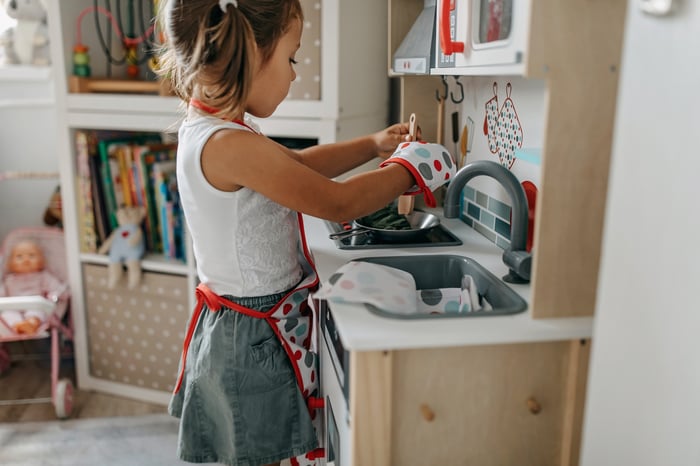 New management came to Mattel a few years ago to turn this once-struggling company around, and investors are starting to see the fruits of those efforts. The stock is up 73% over the last year as management tightens up expenses and positions its top brands, including Hot Wheels and Barbie, for success at the box office.

Mattel's second-quarter sales were up 19% compared to the same quarter in 2019, and free cash flow has steadily improved over the last few years, reaching $374 million on a trailing-12-month basis.

Mattel reported double-digit growth in its power brands in the most recent quarter -- Barbie, Hot Wheels, Fisher-Price, and Thomas & Friends. Toy sales generally hold up relatively well during economic downturns as they did in the Great Recession of 2008. Mattel's sales fell 9% between 2007 and 2009, while Hasbro's were up 6%. During the pandemic, Mattel reported strong demand for certain toy categories while parents were at home.

With the bulk of Mattel's turnaround behind it, the next five years hold a lot of promise for the company.

"Having successfully completed the heavy lifting of the transformation over the past three years, we are now in growth mode and establishing Mattel as an IP-driven, high-performing toy company," CEO Ynon Kreiz said during the second-quarter earnings call.

To sweeten the pot, investors can buy the stock at a discount. Mattel trades at a P/S multiple of 1.4 compared to Hasbro's 2.2. That valuation gap shows there is substantial upside as Mattel continues to execute and grow its business.