Although they've been generating strong numbers in 2021, next year these businesses should do even better.

As 2021 enters the final quarter, now may be a good time for investors to look ahead to which stocks to pick up heading into the new year. And there are a couple of good sectors to focus on, including two that are continuing to expand: marijuana and sports betting. Both of these industries are growing in size as states continue to lift legal restrictions relating to their operations, making now an exciting time to invest in them.

Two stocks that can give you some terrific exposure to these industries are MariMed (MRMD -2.21%) and DraftKings (DKNG -4.45%). There are plenty of opportunities ahead for these companies that should make them incredibly attractive to growth-oriented investors. 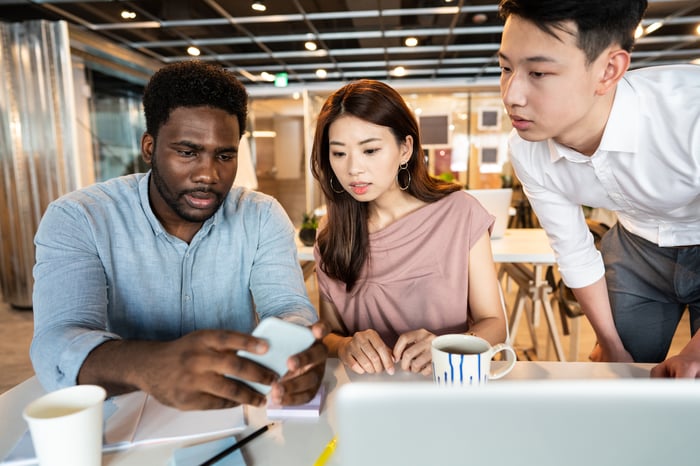 Marijuana producer MariMed is a bit of an under-the-radar cannabis stock. Although the company has been delivering some strong growth numbers, it still trades at a price-to-sales multiple of 4.2 -- lower than those of larger multi-state operators, Trulieve Cannabis and Curaleaf Holdings, who trade at 4.6 and 7.5 times their revenue, respectively.

And while it may not be as large as those companies (both of which are likely to generate $1 billion in revenue next year), the business is expanding and growing at a rapid pace. For the period ending June 30, MariMed reported revenue of $32.6 million which grew by 239% year over year. For 2021, the company expects to report $118 million in revenue and earnings before interest, taxes, depreciation, and amortization (EBITDA) of $32 million as it continues to focus on expanding in top markets such as Massachusetts and Illinois, where marijuana is legal for both recreational and medicinal use (it also has dispensaries in Delaware and Maryland).  And MariMed is also looking at expanding its footprint into other legal cannabis states, potentially via mergers and acquisitions, which could send its revenue even higher.

The business has also reported $20 million in cash from its operating activities and $10 million in free cash flow (which is after factoring in investments into plant, property, and equipment). Many marijuana businesses burn through cash, but MariMed doesn't fall into that category. That could go a long way in helping it fund its own growth (and pay for acquisitions) rather than having to rely on frequent share issues, which means lots of dilution for shareholders.

As MariMed continues to expand and become a larger multi-state operator, investors will likely start paying more of a premium for its shares -- especially if its bottom line and cash flow remain strong. Although shares of MariMed are up over 460% in the past 12 months, given its relatively low valuation and the opportunity for it to expand into many more states, cannabis investors can still earn a great return from this stock if they buy it today.

Entertainment and gambling company DraftKings is another stock to watch. Sports betting is on the rise in the U.S. as states continue to legalize it and that means more opportunities for the business. Florida, for instance, passed legislation earlier this year for sports gambling and it is set to become legal next month.

More than two dozen states have either legalized or recently passed bills to permit sports betting. There are some key states, including California and Massachusetts, where it remains illegal -- although bills have been introduced this year to push legislation forward in both of those states.

In the meantime, DraftKings continues to launch its sportsbook in more states, with the latest being Arizona (its 14th). The company's fantasy sports product -- which doesn't require the legalization of sports betting -- is in 44 states. Over the past two quarters, the company has brought in $610 million in revenue, more than three times the $188 million it reported a year earlier.

And in addition to organic growth, the company will also get a boost next year from its recent all-stock acquisition of sports entertainment company Golden Nugget Online Gaming, which will expand its reach to even more customers. Golden Nugget generated $107 million over its last four quarters and was profitable (DraftKings has incurred losses totaling $903 million in the trailing 12 months). The companies expect the deal to close in the first quarter of next year.

Between more markets potentially opening up, the inclusion of Golden Nugget in its results, and sports leagues looking to enjoy full seasons after a pandemic year in 2020, now may be an opportune time to buy DraftKings stock, as 2022 is likely to be another record-breaking year for the company.