Sea Limited has been a sensation for investors, multiplying more than 20-fold over the past three years. Can the wild ride continue?

Ever since Amazon (AMZN -1.40%) stock really began producing life-changing returns over the past decade, investors have been on the hunt for "the next one." Southeast Asia internet company Sea Limited (SE -0.70%) has grown into a multibillion-dollar operation with several rapidly growing segments, including a growing e-commerce segment. Its stock price is up more than 20-fold over the past three years.

Investors looking at Sea Limited's rapid growth might consider it the Amazon of this generation. But is the stock a buy today? Here are three things to consider when trying to answer that question. 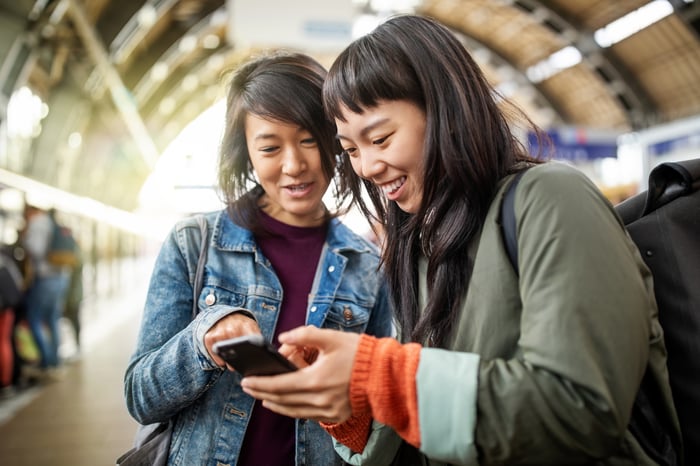 Based in Singapore, Sea Limited operates in the heart of Southeast Asia, fertile ground for a company managing the segments it does. A study by a few groups, including Alphabet's Google, determined that Southeast Asia is the world's most active mobile internet demographic.

Sea Limited has carved out dominant businesses in this region, including its Garena entertainment studio, which created Free Fire, the most downloaded mobile game in the world at the moment. Its e-commerce platform Shopee is the leading e-commerce marketplace in the region. And the company's financial payments and services business, Sea Money, integrates well into the rest of its business. For example, it's common for consumers to buy something on Shopee and pay for it using their Sea Money account.

The company's business segments have worked together within this internet-friendly region to generate rapid growth. It managed $414 million in revenue in 2017, the year it went public. Just four years later, analysts expect the company's total 2021 revenue to be around $9 billion.

Sea Limited's Chairman and Group CEO Forrest Li and his management team deserve credit for the execution that has made the company such a force in just a few years. The team has kept on being aggressive and is seeking expansion into new regions and markets.

Its Free Fire game is immensely popular worldwide, and Sea Limited has leveraged that to get its foot in the door in Latin America. The game's popularity helped the company launch Shopee in Brazil in 2019, and it is now in Mexico, Chile, and Colombia and targeting several more countries within Latin America.

It has also taken bold marketing steps in Latin America, luring soccer megastar Cristiano Ronaldo to Shopee, making him the region's brand ambassador. While regional incumbent MercadoLibre (MELI 1.38%) still posted its own triple-digit percentage growth in its most recent quarter, the Shopee app is now the most popular shopping app in terms of downloads in Latin America.

Sea Limited is gearing up to launch Shopee in Poland, marking its expansion into Europe. It recently moved to raise capital with a massive $6.3 billion share offering. That could imply it expects to spend a lot to grow its presence in these new regions.

3. Sea stock is expensive, but deservedly so

It's reasonable to be skeptical when a company enters new regions because it no longer has the home-field advantage. Amazon dominates in the United States, but not in other countries. Other "Amazons" worldwide, like MercadoLibre in Latin America and Alibaba in China, have the existing logistics, distribution, and customer loyalty that a challenging business must overcome.

However, Sea Limited came to dominate its home market in just five years and has made a lot of progress in Latin America in just two years. Sea's execution may earn it the benefit of the doubt from investors, which shows up in the stock's valuation.

The stock carries a market cap of $187 billion, resulting in a forward price-to-sales ratio of 20.7, much higher than similar companies such as Amazon (P/S of 3.7) and MercadoLibre (13.7).

Amazon's stock price isn't growing as rapidly as Sea Limited, but the company is profitable, while Sea Limited isn't yet. MercadoLibre is also growing at a triple-digit rate, so why is Sea Limited P/S still higher? It could be that investors are looking at these new regions and assuming a lot of future growth.

Sea investors should proceed with caution

It seems like a lot of Sea Limited's near-term success is already priced into the stock, despite the company's impressive track record of successfully expanding over the past several years. As it continues to get bigger, the valuation could begin to revert to something closer to Sea Limited's peer group.

It seems like an exceptional company, the type that investors are better off holding over the long term rather than trying to trade in and out of. But for investors looking to buy their first shares, a slow approach (buying a little bit of stock at a time) might be wise. It could take some time for the stock to grow into its current valuation.