These stocks have what it takes to deliver 100% returns in five years or less.

All investors share the same goal. And it can be summed up in just two words: Make money. Some, though, might want to add four more words to the goal so that it's "Make money as quickly as possible."

Just how quickly you make money and how much you make depends on which assets you buy. Here are three stocks that could double your money sooner than you might think. 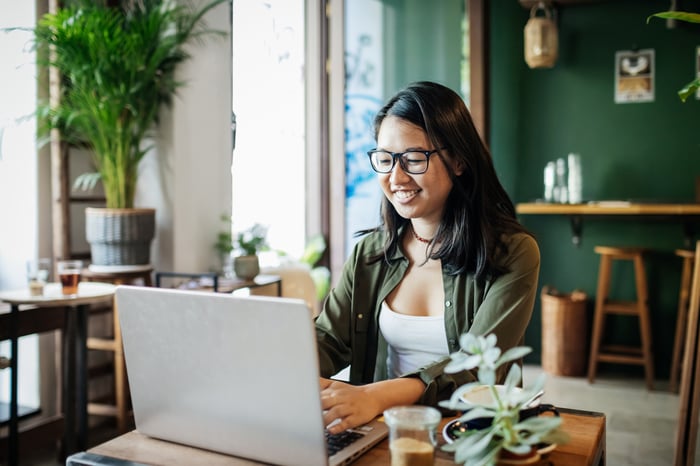 I've ranked Innovative Industrial Properties (IIPR 0.67%) at the top of this list because the company has a relatively easy path to doubling your money. The stock has doubled in a little over 12 months. It will probably take IIP longer to double again, but achieving the goal within the next three to five years seems quite attainable.

What does IIP need to do to keep growing? Exactly what it's been doing. That shouldn't be problematic. The company currently owns only 75 properties in 19 states. There are plenty of other states that have legalized medical cannabis where IIP could expand. It also has solid growth prospects in many of its current markets.

IIP's dividend is also important to helping your money double. Its dividend currently yields 2.4%. The company has increased its dividend payout by nearly 329% over the last three years.

It's taken Matterport (MTTR 2.38%) less than eight months to deliver a return of more than 100%. Six of those months, though, reflect the performance of Gores Holdings VI, the special purpose acquisitions company (SPAC) that merged with Matterport in July to take it public.

Matterport is the leader in spatial data -- creating 3D digital twins of physical spaces. The company singlehandedly created the market with its software-as-a-service platform. It now has 5.6 million spaces under management. That's 100 times the number of spaces that all of Matterport's rivals have combined.

The key to Matterport's continued growth is its freemium model. Customers can start out using its platform at no cost, albeit with limited functionality. If they like it (and many customers do), they can expand their usage by paying a monthly subscription.

The company estimates that it has an addressable market of $240 billion. No, Matterport probably won't come close to capturing all of that market. But it doesn't have to. If the company only snags a 1% market share, its annual revenue would be around $12 billion. Matterport's current market cap is less than half that amount.

DermTech (DMTK 7.26%) stands out as another stock that (like Matterport) I think could be a monster in the making. The company went public in a reverse merger with a SPAC in 2019. The stock hasn't doubled yet, but I predict that it could do so within the next three years.

One in five Americans develop skin cancer by age 70. DermTech's genomics test offers a much better way to diagnose melanoma, the worst type of skin cancer, than the current standard approach of surgical biopsy. It's 17 times less likely to miss a melanoma diagnosis than analysis of a biopsy is. It's also around 40% cheaper.

DermTech is also developing genomic tests that target other types of skin cancer and ultraviolet ray damage. The company thinks that it has a $10 billion market opportunity.

It won't be easy for DermTech's shares to double. The company must persuade more dermatologists to prescribe its PLA tests. It also needs to be successful with its pipeline programs. However, the value proposition of DermTech's genomic tests could make this stock a big winner for investors sooner rather than later.