Early signs are pointing to strong interest in the first of a series of releases from the Blizzard franchise.

Activision Blizzard's (ATVI 0.76%) remastered version of Diablo 2: Resurrected launched on Sept. 23, and it seems to be off to a strong start. As of 9:56 a.m. EDT on Friday, the game was the fourth-most-watched channel on Amazon's Twitch streaming platform, with 164,000 viewers.

The game was originally launched in 2000. The relaunch offers older players plenty of nostalgia and a visual upgrade for 4K displays. It retails for $40 and is available across PC and all game consoles for the first time.

Diablo 2's strong reception on Twitch, one of the most popular platforms to watch people play video games, is welcome news amid the recent swirl of investigations and complaints aimed at Blizzard's workplace culture. Above all, it suggests that players' passion for the company's games remains healthy, which could make the recent sell-off in Activision shares a great buying opportunity. 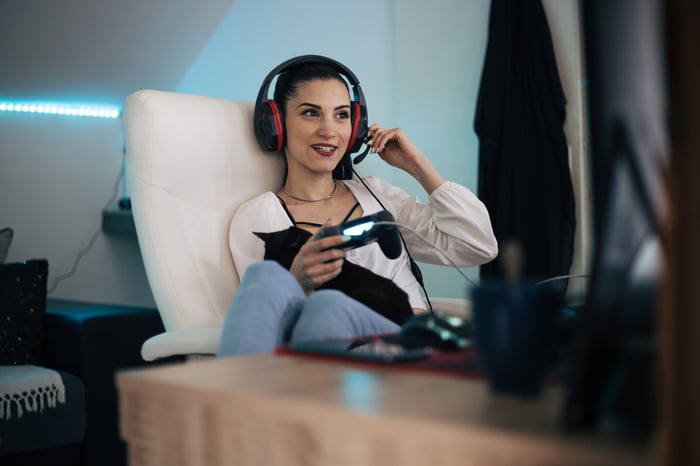 A crescendo of new releases

Activision's stock price is down 17.4% over the last three months, trailing Electronic Arts (EA 0.50%) and Take-Two Interactive (TTWO 2.22%). But slowing growth across the industry, following a blowout year for video game sales in 2020, has caused the share prices of all three game companies to decline year to date.

The reception to Diablo 2 bodes well for strong sales of other releases coming over the next few years. Diablo: Immortal is coming soon on mobile devices, which should appeal to millions of new players who have never experienced a Diablo title before.

Blizzard is planning these releases in stages to warm everyone up for Diablo 4. Its release date is still unknown, but Diablo 4 will feature cutting-edge new gameplay for an action role-playing game and is designed to appeal to the hardcore fan base. Blizzard ended the second quarter with 26 million monthly active users, down from the segment record of 46 million in Q2 2017.

Altogether, these Diablo titles are a significant growth catalyst. The release of Diablo 3 in 2012 contributed to non-GAAP revenue and earnings-per-share growth of 11% and 27%, respectively. The remake of Diablo 2 may not move the needle that much in 2021, but Diablo 4 should repeat the performance of Diablo 3 when it's released.

What's more, a recent article from Dexerto cited internal sources from Activision Blizzard that Overwatch 2 could release as early as the second quarter of 2022. It's worth noting that the original Overwatch title was released in May 2016, so the timing would certainly fit. The first Overwatch was a big hit after release and has sold over 50 million copies to date.

Keep in mind that during the Q2 earnings call, management commented that Overwatch 2 had recently passed an important milestone in development. This is a good sign that things are moving along internally, despite the recent management shakeup at the Blizzard studio.

Activision stock is a great buy

Investors pay a high price when business conditions are rosy, but when top companies come under scrutiny, it provides an opportunity to get the best value. The recent sell-off has brought Activision Blizzard's price-to-earnings ratio down to 20, which is lower than Take-Two's P/E of 28 and Electronic Arts' P/E of 30.

However, I wouldn't call Activision the cheapest gaming stock, since it still trades at a higher price-to-sales (P/S) ratio of 6.5, compared to Take-Two's P/S multiple of slightly above 5.

Still, the early interest in Diablo 2 is pointing to a potentially lucrative string of sales, as Activision releases multiple titles from its top franchises. Looking out five years and beyond, buying shares of this top gaming stock at these levels could lead to returns that well exceed the average return of the stock market.