A restructuring play, an ESG play, and a stock with growth at a reasonable price make up this list.

If you plan to buy and hold a stock for 10 years or more, it's a good idea to purchase one with a long-term theme in mind. The fascinating thing about General Electric (GE -0.83%), Johnson Controls (JCI 0.69%), and Google parent Alphabet (GOOG -0.17%) (GOOGL) is that they have entirely different earnings drivers over the next decade. So, let's look at why they are good stocks to buy in their own ways.

General Electric is a restructuring story

GE is restructuring some fundamentally good businesses and enjoying a multi-year recovery in its crucial aviation segment. But unfortunately, the company has a troubled past. Former CEO Jeff Immelt has been widely criticized for making big bets on fossil fuel technologies. Specifically, he bought many oil and gas services and a major gas and steam power business (from Alstom), just as the energy transition toward renewables started gathering momentum. Immelt's idea was to build scale in these industries and attach GE's industrial internet capability to them to add long-term value. Unfortunately, the market for gas turbines halved in the years since the significant Alstom acquisition, as did the price of oil after Immelt made a slew of acquisitions.

Still, that was then and this is now. GE is vastly different from the expansionary Immelt days and operates out of just four industrial segments. Current CEO Larry Culp is on a drive to improve margin and free cash flow (FCF) performance at the low-growth power business, where GE remains the leading player in gas turbines.

GE Aviation remains a powerhouse in aerospace (with aircraft engines on the Boeing 737 and the Airbus A320 family) and will benefit from a recovering commercial aviation market. GE Healthcare is a leader in imaging technology and a strong cash generator. At the same time, GE Renewable Energy is a leader in onshore wind and is building a multi-billion dollar offshore wind business.

It will take time, but Culp aims for a high-single-digit FCF margin by 2023, resulting in $7 billion in FCF. Given that its current market cap is only $108 billion, GE would be attractively priced if it hits that target. Moreover, with a solid collection of businesses where GE is either No. 1 or No. 2, it can grow earnings for many years to come. 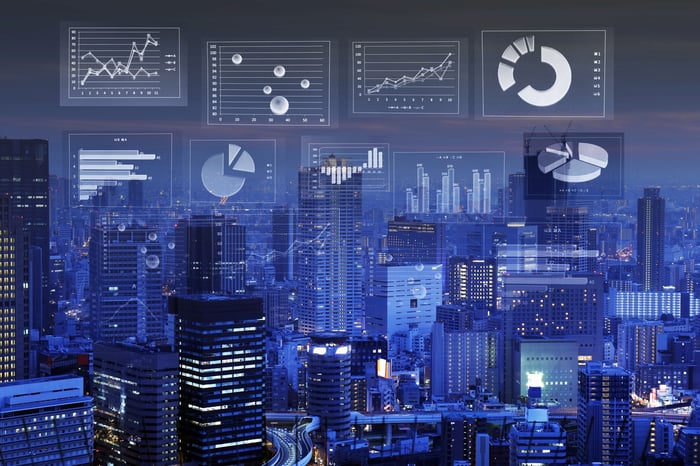 CEO George Oliver believes these three factors will create a $250 billion market opportunity over the next decade on top of the $300 billion markets the company currently serves. Moreover, the company is an early leader in the space, having launched its OpenBlue suite of digitally connected solutions in July 2020.

As such, the company should be able to grow its earnings for many years to come. At the recent investor day presentation, management outlined expectations for a compound annual growth rate in revenue of 6%-7% and earnings per share (EPS) growth of 18%-21% over the next three years. Whichever way you look at it, Johnson Controls is set for multi-year growth.

It may seem strange to talk about an industrial company, Johnson Controls, as the growth play and a technology company, Alphabet, as the option for growth at a reasonable price, but in truth, that's pretty much how it is. Yes, Google's parent company is still generating robust growth. 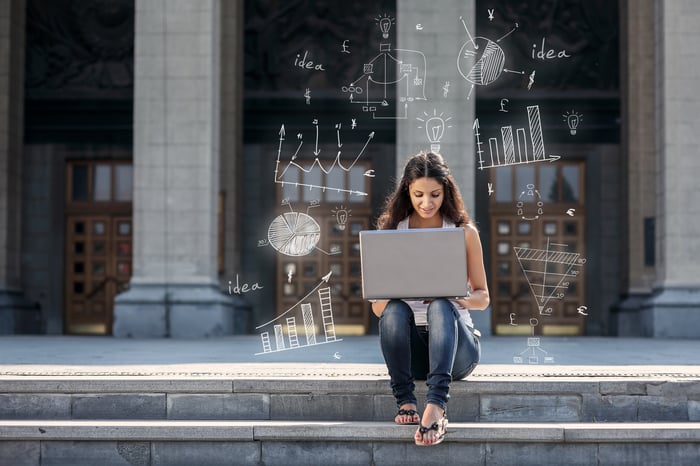 Still, the critical point is Alphabet's also generating vast amounts of FCF, which management can use to boost EPS and FCF per share by buying back stock or investing in growth initiatives. Moreover, most of its earnings come from search, a market where the company appears to have an unassailable position.

Wall Street analysts have Alphabet generating an incredible $235 billion in FCF over the next three years. That's enough to buy GE and Johnson Controls while leaving $75 billion over. It's also a figure equivalent to 12.5% of its current $1.88 trillion market cap.

As such, Alphabet is priced like a value stock, yet its revenue is growing at a mid-teens rate. Moreover, with YouTube and Google Cloud revenue growing strongly to support search, Alphabet has demonstrated it can develop other strong profit centers. Hopefully, it will do so with the enormous amounts of FCF it will generate in the coming years.