They say it takes money to make money. And there's a lot of truth in that.

There are many companies out there that are worth investing in. But if you're on a budget with limited funds in your brokerage account, then you may limited as to how many stocks you can buy.

If that's the case, you may be contemplating buying penny stocks. Penny stocks are those that trade for under $5 a share, and at first glance, they might seem like a great choice when money is tight but you still want to work on building your investment portfolio. But while penny stocks might seem appealing, here's why you should think twice before acquiring them. 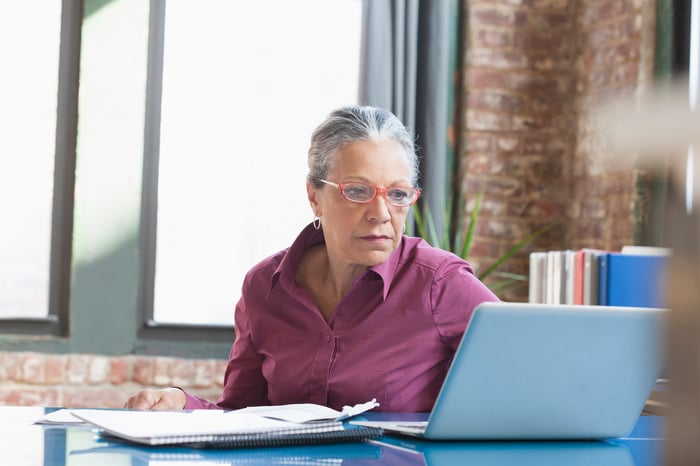 The danger of penny stocks

The companies behind penny stocks are generally smaller, less established businesses. And while "small" and "new" don't necessarily equate to poor performance, they do point to more risk than a company that's been around for decades with a strong history of solid returns.

Not only do the companies behind penny stocks tend to be less established, but they're often not subject to the same strict reporting requirements as the companies you may be more familiar with. The result? It's harder to dig into their finances and see if they're a viable investment or not.

It's for these reasons that penny stocks are generally considered to be pretty risky despite their relatively low price point. And so if you're low on money but want to branch out in your portfolio, here's a better way to go about it.

It may be the case that you can't afford to sink hundreds of dollars into a single share of a given company's stock. If that's the case, you can look at buying fractional shares instead.

With fractional investing, you can purchase a piece of a share of stock if a whole share is out of reach financially (or if you simply don't want to put so much money into a single share). If a company on your wish list is trading for $400 a share and you only have $100 to invest with, rather than buy a bunch of penny stocks, you can purchase one-fourth of a share of stock from the company you're interested in.

Though there's no rule stating that established, well-known companies won't come upon hard times, the reality that is strong, well-known companies are generally less risky than the companies behind penny stocks. Or, to put it another way, if a company has managed to thrive for 100 years, doesn't that make you feel more secure than a company that's been around for less than a year?

Penny stocks may seem like a good solution when you're looking to build out a portfolio but you don't have a lot of money to work with. But in that situation, fractional shares may be a much better bet.

If your brokerage account doesn't let you buy fractional shares, go out and find one that does. More and more brokerages are making this option available to investors, so there's no need to settle for an account that limits you to full shares only.