The specialty polymer and bio-based chemical company is being acquired.

Shares of chemical and polymer company Kraton (KRA) jumped today on news it is being acquired, bringing investors what amounts to almost a triple over the last 12 months. The stock closed Monday's session up 9.4%.

Kraton announced today that it has entered into an agreement to be acquired by Korean chemical company DL Chemical in an all-cash transaction. The purchase price of $46.50 per share represents a nearly 50% premium compared to where the stock traded in early July 2021, when rumors began circulating of the potential for the company to be sold. The stock closed today's session just shy of the buyout price at $45.41 per share. 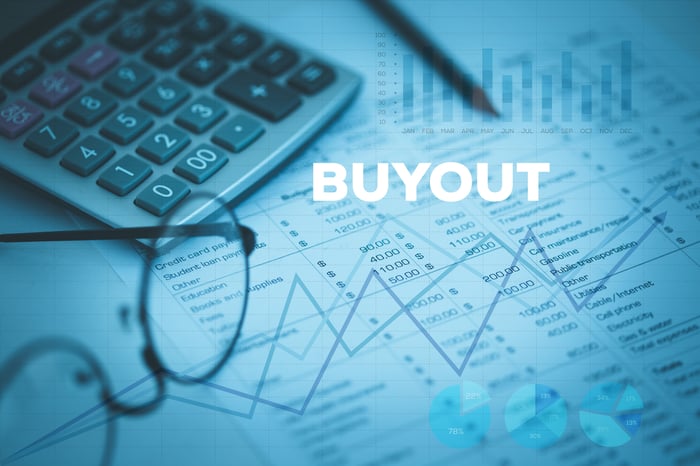 The company said it has explored a wide range of strategic alternatives. CEO Kevin M. Fogarty said, "We believe DL Chemical has the industry presence and resources to continue to support the growth of Kraton's business on a global scale."

Kraton's business is diversified across several geographic locations. Almost half of its business is in North America, as well as about 37% of sales in Europe and another 18% in what it refers to as the Europe, Middle East, and Africa region.

Its products are used by general industry, with a focus on adhesive and packaging markets, as well as infrastructure uses that include additives for asphalt. At this point, there's nothing for investors to do other than plan for investing the proceeds from the sale. Though the three-year return on Kraton shares is negative, the stock has almost tripled over the past 12 months. Overall, that may be about the best outcome existing shareholders could hope for.

Why Shares of Kraton Are Climbing Today