In the coming decade, artificial intelligence (AI) will transform many industries, boosting productivity and efficiency. And this technology will create a tremendous amount of wealth in the process. In fact, Cathie Wood's ARK Invest believes AI will add $30 trillion to the global equity market cap by 2037. That puts investors in front of a massive opportunity.

More importantly, Lemonade (NYSE:LMND) looks like a smart way to cash in on that trend. Powered by a unique business model and a strong growth strategy, Lemonade is disrupting the multi-trillion dollar insurance industry. Here's why this tech stock could grow fivefold by 2030. 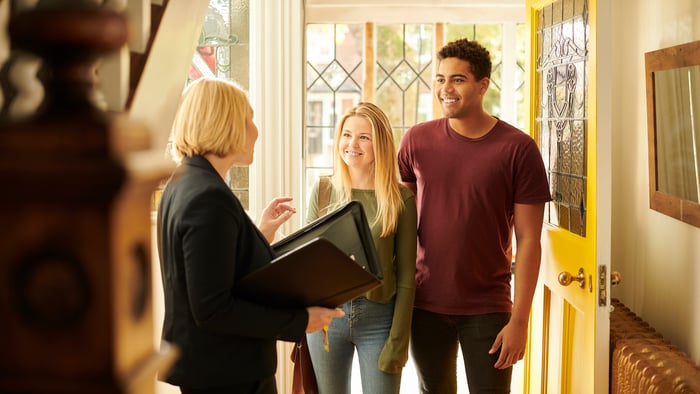 Many of today's largest insurance companies were founded over a century ago, and they weren't designed to handle the volume or variety of data created by modern technologies. But Lemonade was designed from the ground up for big data. In fact, its digital-first platform captures roughly 100 times more data points per customer than legacy systems.

Why does that matter? Lemonade leans on artificial intelligence to quantify risk, underwrite policies, and detect fraud, and data is the cornerstone of AI. In short, Lemonade's data advantage keeps its claims payments low. Case in point: The company's gross loss ratio (claims payments as a percentage of earned premiums) has trended downward over time, reaching 74% in the second quarter. That's roughly eight percentage points better than the industry average in recent years.

Lemonade also leans on AI to create a delightful user experience. Rather than filling out tedious forms, consumers interact with intelligent chatbots to buy insurance and file claims. This reduces friction throughout the customer lifecycle; in fact, these chatbots make it possible to buy insurance in just two minutes, and they pay claims in as little as three seconds.

However, there is another important aspect to Lemonade's growth strategy. The company gears its business toward younger generations, hoping to win customers at an early age. This positions Lemonade for long-term growth, since it should earn more revenue as its customers age and their insurance needs evolve (i.e., renters become homeowners).

This strategy appears to be working. As of Dec. 31, 2020, roughly 70% of customers were under the age of 35 years old, and Lemonade has seen a shift away from entry-level renters policies. During the most recent quarter, renters insurance represented just 50% of new business, down from 75% in the prior year. And as customers have shifted to higher-price products (homeowners policies) or added other forms of coverage like pet insurance to existing policies, Lemonade has delivered strong financial results.

Collectively, Lemonade's AI-powered business model and strong growth strategy have translated into a solid top-line performance. The company now has 1.2 million customers, up 48% from the prior year, and the premium per customer is trending higher. As a result, gross profit has expanded at a triple-digit pace, though Lemonade is still free cash flow negative.

Looking ahead, I think Lemonade can maintain this momentum. Currently, it's the top-ranked provider of homeowners and renters policies, according to Clearsurance, evidence of a high degree of customer satisfaction. And Lemonade plans to add auto insurance to its portfolio in the near future, expanding its market opportunity to $400 billion.

Of course, Lemonade is still much smaller than the majority of its rivals, but size is a double-edged sword. As a smaller, more nimble business, Lemonade has easily integrated AI into its platform, which should give the company a sustainable cost advantage. But legacy insurance providers will have more difficulty making this transition, according to the National Association of Insurance Commissioners.

Here's the bottom line: Lemonade currently has a market cap of $4.4 billion, but given its massive market opportunity and strong financial performance, I can certainly see Lemonade as a $22 billion company by 2030. And even if that happens, it would still be roughly half the size of rivals like Allstate and Progressive. That's why this tech stock looks like a smart long-term investment.