Teaming up with ultra-low-cost carriers will help American Airlines expand its international route map, but it could come at the cost of further brand damage.

Over the past quarter-century, U.S. airlines have increasingly relied on close partnerships with foreign airlines to enhance their international service. Many have formed joint ventures with other countries' flag carriers, providing full-service offerings throughout a customer's journey, regardless of which airline operates any given flight segment.

American Airlines (AAL -3.12%) has formed several such joint ventures over the past two decades. However, the company has become less selective when looking for international partners recently. In fact, it has signed partnership deals with two ultra-low-cost carriers in the past few months. Let's take a look at what this means for American Airlines going forward.

In 1996, American Airlines made its first attempt to form a transatlantic joint venture with British Airways. However, antitrust concerns related to the alliance's potential dominance of flights between the U.S. and London's Heathrow Airport repeatedly stymied the plan. In 1999, the two carriers began cooperating on a smaller scale (along with other airlines including Cathay Pacific and Qantas) through the oneworld global airline alliance. 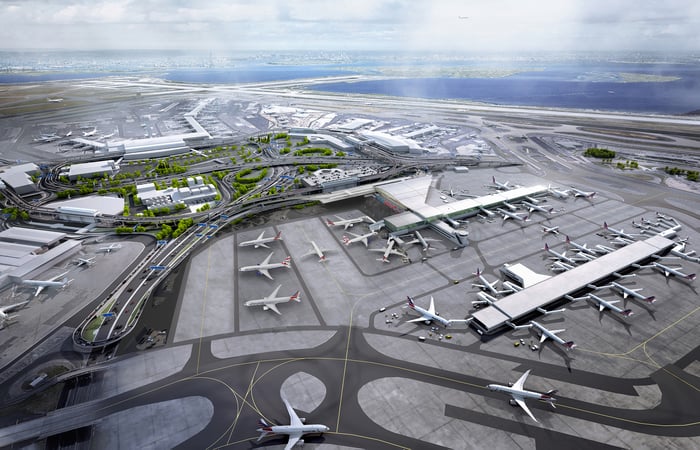 Thus, American Airlines has a robust set of joint ventures spanning much of the globe, all with storied national flag carriers. It also maintains lesser partnerships with more than a dozen other airlines, either through the oneworld alliance or bilateral partnerships.

More recently, American Airlines has expanded its horizons in looking for international partners. After Chile blocked its plan to form a joint venture with South American airline giant Latam Airlines in 2019, Latam chose to team up with Delta Air Lines instead.

That forced American to get more creative. Last year, it signed a codeshare agreement with Brazilian low-cost carrier Gol Linhas Aereas. Two weeks ago, American said it would make a $200 million investment in Gol and expand this partnership. However, whereas Latam's operations span much of South America, Gol mainly operates within Brazil.

As a result, American Airlines announced in late July that it planned to buy a minority stake in Chile-based budget airline JetSMART and form a codeshare agreement with the carrier. JetSMART started operations just a few years ago, but it already has a broad route network, mainly in Chile and Argentina.

On Tuesday, American Airlines announced a codeshare agreement with another ultra-low-cost carrier. This time, it is partnering with IndiGo, India's largest airline. American plans to launch nonstop service from New York to Delhi and from Seattle to Bangalore over the next few months. By placing its code on 29 IndiGo routes within India, American can offer connecting options for travelers on its new flights to India. 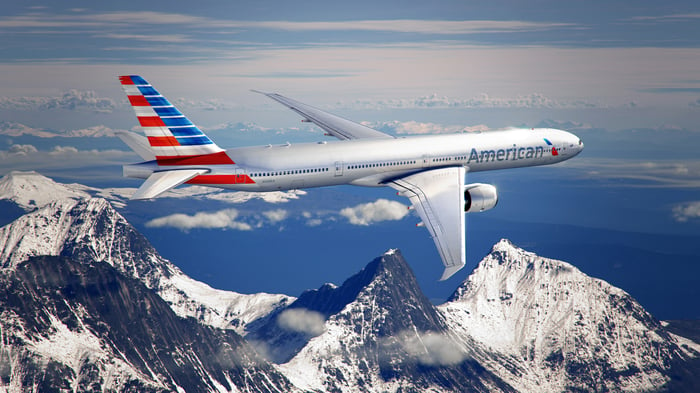 American Airlines has good reasons for teaming up with budget airlines. After being blocked from forming a joint venture with Latam, it didn't have any better options in southern South America. And ultra-low-cost carriers dominate the Indian air travel market. IndiGo alone has captured more than half of the market, making it the best potential partner among all of India's budget airlines.

On the flip side, the JetSMART and IndiGo codeshare agreements will have American Airlines marketing ultra-low-cost carriers' flights under its own brand. That could create confusion about service standards among customers. After all, JetSMART and IndiGo are no-frills airlines, whereas American Airlines still presents itself as a full-service airline (especially on long-haul routes).

In theory, American Airlines might be able to collaborate with its new partners to offer an upgraded experience to customers connecting to and from long-haul flights. That said, American Airlines has earned a poor reputation for customer service and operational performance in recent years, so I am skeptical that it will implement a good solution to this challenge. As a result, partnering with ultra-low-cost carriers could drive further erosion of American Airlines' brand over the next few years.

Why Airline Stocks Are Falling Today
370%