Demand and pricing for memory chips are starting to weaken.

Shares of memory chip manufacturer Micron (MU -0.60%) have been trending lower since April despite a string of solid earnings reports. Revenue has been growing at a double-digit rate since mid-2020, and the company has beat analyst expectations at every turn.

That pattern didn't change with Micron's fiscal fourth-quarter report on Tuesday. Micron reported revenue of $8.27 billion and adjusted earnings per share of $2.42, up 37% and 124%, respectively, year over year. Both numbers were ahead of analyst estimates.

Despite the rock-solid quarter, Micron stock was edging lower on Wednesday morning. The company's guidance was part of the problem. Micron expects to produce revenue of $7.65 billion and adjusted EPS of $2.10 in the fiscal first quarter, both down from the company's fourth-quarter results. That guidance also fell short of the $8.49 billion of revenue and $2.48 of adjusted EPS that analysts were expecting. 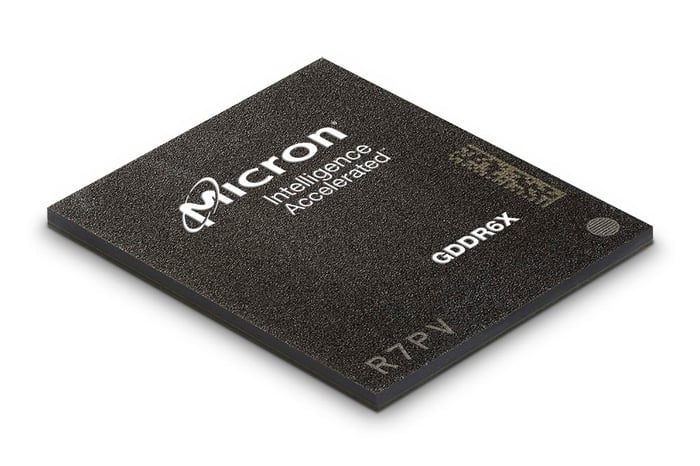 Demand and pricing are cooling off

Micron expects overall demand to be robust in fiscal 2022, but shortages of non-memory components are causing some customers to pull back on memory and storage purchases. If a server or PC manufacturer is constrained by some other type of semiconductor chip, they're only going to buy as many memory chips as they can use.

Micron expects this situation to ease as it gets deeper into fiscal 2022. In the PC market, the company sees these issues largely resolving in the next few months.

A somewhat tougher pricing environment is on the way, which is one reason for Micron's lackluster guidance. DRAMeXchange is predicting that DRAM contract prices will drop between 3% and 8% in the calendar fourth quarter compared to the third quarter. PC DRAM prices are set to drop between 5% and 10% as demand for laptops slows, server DRAM prices are expected to drop by as much as 5% as customer inventory builds, and mobile DRAM prices should stay roughly unchanged.

The market for NAND will suffer a similar fate. DRAMeXchange expects overall NAND contract prices to decline by as much as 5% in the fourth quarter, driven by weakness in consumer SSDs and embedded memory chips that go into TVs and other devices. Pricing for NAND wafers is expected to drop by 10% to 15%.

How pricing behaves as we enter 2022 will depend on demand for servers, PCs, and gadgets that use memory chips. Micron continually works to lower the costs of manufacturing chips, so it can maintain its gross margin if it can keep costs and pricing in sync. When pricing falls much faster than costs, the company sees its profitability shrink.

Micron stock doesn't seem all that expensive at first glance. With adjusted EPS of $6.06 in fiscal 2021, shares trade at a price-to-earnings ratio of just 12. It's important to remember that the memory chip market is cyclical. Micron's profits can swing up and down dramatically as pricing shifts.

The truly brutal cycles that lead to huge losses might be a thing of the past, but Micron is not the kind of company that grows its earnings year in and year out. Micron's profitability will be lumpy and difficult to predict.

Based on its price-to-sales ratio, Micron is more expensive than it's been for most of the past decade. This may be justified if Micron is structurally more profitable today, but we'll have to see how the company does during a prolonged downturn to know for sure.

The stock market is forward looking. Micron is producing near-record results, but investors are clearly not convinced that lofty profits are here to stay.