A lesson from best dividend-growth investor around.

Warren Buffett's Berkshire Hathaway (BRK.A -0.87%) (BRK.B -0.97%) doesn't pay a dividend, but Buffett himself loves dividend stocks. In fact, Berkshire's top nine holdings all pay a dividend back to headquarters on a regular basis, providing Buffett and his investment team a consistent stream of new cash to reinvest.

Although Buffett does love dividend stocks, he often doesn't seek out the highest-yielding stocks in the market. Typically, he targets high-quality companies that generate large returns on capital, producing high and growing free cash flow due to entrenched competitive advantages. That's because a high return on capital affords great companies not only the ability to pay dividends, but also to repurchase stock and reinvest in growth.

So while Buffett's picks might not shoot the lights out in terms of their current yield, when these dividends grow over the course of decades, that yield on his initial cost basis can grow to some pretty impressive heights.

This week, one of Berkshire's largest holdings just declared a dividend that will yield Berkshire over 20% on Buffett's cost basis from the 1990s. 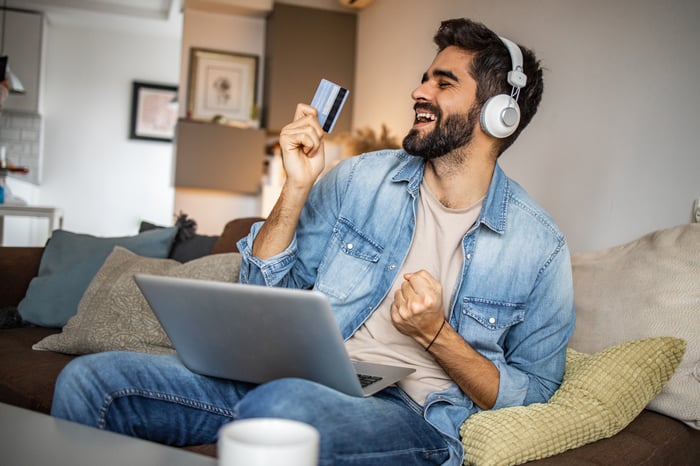 This week, credit card company American Express (AXP -1.34%) declared its quarterly dividend of $0.43 per share, or $1.72 annually. Unlike some other banks, American Express was not forced to suspend its dividend during the COVID-19 crisis. That's a testament to the strength of Amex's payments franchise, as well as the fact that American Express pays out a very low percentage of its net earnings as a dividend. In fact, the company has a payout ratio of just 20%. The remainder of American Express' earnings has typically gone to growth and/or share repurchases.

Growth and a reduced share count have also allowed American Express to grow its dividend by leaps and bounds over the past three decades. Buffett initially purchased American Express via preferred stock back in 1991, when Amex was struggling and had lost lots of money on a stake in a California insurance company that went bankrupt. American Express stock fell along with earnings, and its P/E ratio sank below 10. 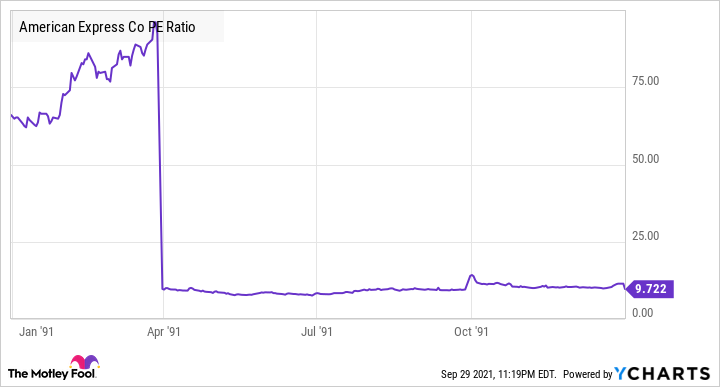 Buffett, who knew American Express very well from having bought shares twice before as a younger investor, swooped in. With times a bit uncertain, Buffett bought preferred stock that paid out an 8.85% dividend, with a deal to convert to common stock three years later. At the time of the preferred investment, American Express' common stock was yielding 3.6%.

In 1994, the preferred stock converted to common, and Buffett added to his stake in Amex in that year.

What those shares yield today

Flash forward to today, and American Express pays out $1.72 annually to Berkshire's roughly 152 million shares, or about $261 million. That's on Buffett's initial cost basis of $1.287 billion -- good for a dividend yield of 20.2% on his initial investment! And remember: American Express only pays out 20% of its earnings as dividends. That means Buffett essentially bought American Express for one times 2021 earnings back in 1991.

In 2021, Amex has had a good year, with the stock up about 45% as investors have looked forward to the economic reopening, and management has done a good job of picking up more and more accounts by keeping the card rewards programs fresh and relevant in the pandemic.

It is a bit curious that American Express didn't raise its dividend this quarter, as it normally does so for its October payout. After all, its business is rebounding fairly well from the pandemic, with processed volumes nearly all the way back to 2019 levels, despite travel and entertainment spending still far below 2019 levels. And American Express' lending arm has held up well, as charge-offs remain at historic lows. Nonetheless, with the delta variant still causing disruption, perhaps management is being conservative (another trait prized by Buffett). 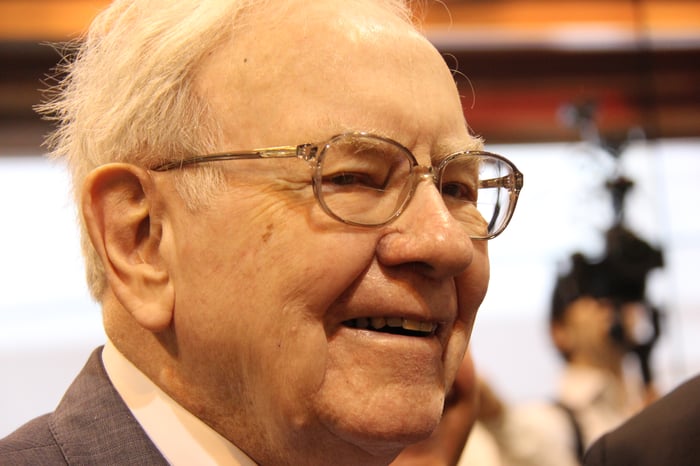 Despite the lack of a new dividend hike, Buffett likely won't complain about the sixfold increase in the dividend since his initial investment, along with 2,000% returns on Amex's stock over the course of 30 years. The scale of those returns shows the power of compounding over the long term.

Of course, the reason Buffett is able to reap such a high payout today is because he had the confidence to hold Amex over the long term, due to his faith in American Express' competitive advantages, much of which stemmed from its premium brand. That brand gave it an edge in the crowded field of financial services, and Buffett likely thought that brand power would win out in the long run, after the company got through its temporary troubles.

The secret? First, to filter out the near-term noise and identify a company's long-term competitive advantage. That's not only a key to picking a winning stock, but also to have confidence to hold it through inevitable difficult times and reap long-term rewards.

The second? Don't be so focused on a company's current dividend yield. For those looking to hold great companies for the long term, you need to also think how much a company can grow that dividend over the course of decades. Looking at Buffett's American Express investment as well as others in his portfolio, it's clear that dividend-growth investing has been a key to his unmatched success.