CarMax's operating costs are surging even faster than its car sales.

Analysts had forecast that CarMax would earn $1.90 per share on sales of $6.9 billion for its fiscal Q2 2022. In fact, CarMax earned only $1.72 per share despite booking $8 billion in sales. 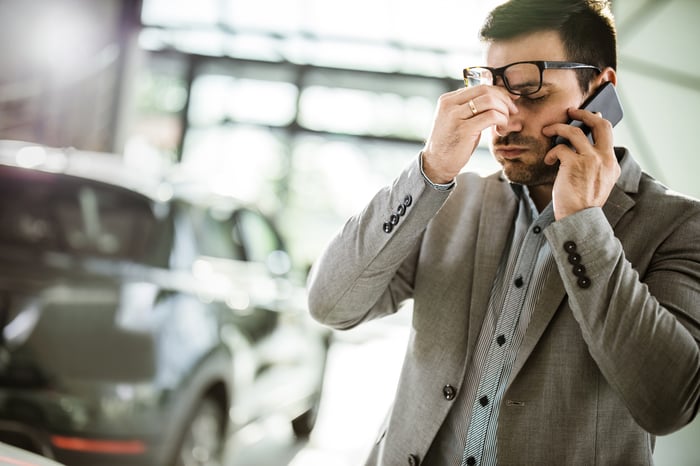 With prices on used cars still rising through the sunroof, CarMax grew its Q2 sales 49% year over year. That's more than twice its rate of unit sales growth -- up 20% with 419,895 cars and trucks moved over the course of the quarter. Of these, CarMax retailed about 55% of the vehicles (retail unit sales up 7%) and wholesaled away the other 45% (wholesale unit sales up 41%), "an all-time high quarterly record," as management pointed out.

Per car, CarMax booked about a $2,185 average gross profit on its retail sales. Wholesale profits stopped at $1,005 per car -- down about 7.5% from the same quarter of last year. Total gross profits for the company increased 8% year over year. Net earnings declined about 4%.

CarMax's biggest problem in the quarter -- and the reason its profits went down, not up -- was a steep 30% increase in selling, general, and administrative costs due to "an increase in staffing and sales related compensation, continued spending on our technology platforms and strategic initiatives to support increased consumer demand [including] advertising expense."

SG&A costs ate up more than 70% of gross profits this quarter, versus less than 59% a year ago, and the big question right now would appear to be how sticky those extra costs, presumably taken on to deal with the surge in demand for used cars, will be going forward. At less than 20x earnings, CarMax stock doesn't look particularly expensive -- but it's an investable discount only if the company can get its costs under control and its earnings growing again, instead of shrinking.