All three have tremendous growth prospects.

October has gotten a negative reputation among investors. Sure, there have been a handful of market crashes over the last century during the month. However, on an overall basis, October actually isn't a bad time to be in the market.

Some stocks especially stand out as great picks right now. Here are three growth stocks to buy hand over fist in October. 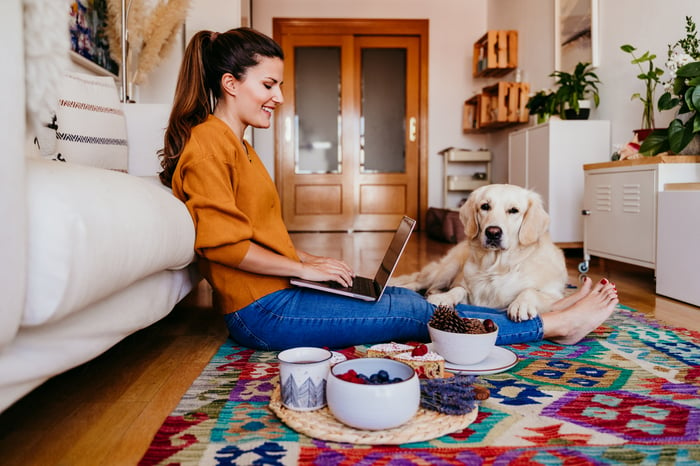 At first glance, Fiverr (FVRR 0.09%) might seem absurdly overvalued -- but it really isn't. Shares trade at 1,670 times expected earnings. You can throw that valuation metric out the window, though. It's useless for a company with tremendous growth prospects.

Fiverr calls itself "the company that is changing how the world works together." That's no exaggeration. Its platform connects freelancers with buyers of digital services with minimal friction in the process.

The company is already growing quickly. Fiverr's revenue in the second quarter soared 60% year over year to $75.3 million. Its active buyers jumped 43% to 4 million. The more buyers on Fiverr's platform, the more freelancers it will attract (and vice versa).

Fiverr is targeting an addressable market of $115 billion. This market is likely to expand significantly, especially with more people working from home than ever before. With a market cap of only $7.2 billion, Fiverr should have a huge growth runway ahead of it.

Innovative Industrial Properties (IIPR 1.21%) just might have one of the easiest paths to growth you're going to find. It's a real estate investment trust (REIT) focused on the U.S. cannabis industry. All IIP needs to keep growing is to continue buying properties and leasing them back to cannabis operators.

There are another 17 states that have legalized medical cannabis in which IIP doesn't currently operate. And many of the markets where it already owns properties continue to grow rapidly.

In addition to its strong growth prospects, IIP also offers an attractive dividend that currently yields close to 2.5%. Expect the dividend payout to increase significantly. Over the last three years, IIP has boosted its dividend by nearly 329%.

MongoDB (MDB 1.28%) CEO Dev Ittycheria said in the company's Q2 conference call, "We went from being a small private company with an interesting technology to disrupting one of the largest markets in all of software." He's exactly right.

The popularity of the company's open-source database has enabled MongoDB to grow its revenue by 20 times since its founding in 2007. That translates to a compound annual growth rate of more than 50%.

MongoDB's revenue soared 44% year over year in Q2 to $198.7 million. Much of this growth was fueled by the company's Atlas cloud-based database platform, which now generates 56% of total revenue.

The total global database market in 2020 stood at close to $65 billion, according to Statista. MongoDB's market share currently is barely over 1%. With Atlas enabling developers to build applications faster with greater performance and scale than rival databases do, MongoDB should be able to expand its market share dramatically over the next few years.