AMC just repurchased some of its highest-cost debt.

Perennial meme stock AMC Entertainment (AMC -10.37%) often trades on nothing more than social media posts and Reddit forum discussions. But a note from the company about the business itself has the stock moving today. AMC shares jumped 5.5% in early trading, but soon pared some of those gains. As of 12:15 p.m. EDT, the stock was still up 2.3%.

The initial jump came after the company said that it has repurchased some of its highest-cost debt. It spent $41 million to repurchase $35 million of debt due in 2026 with a minimum 15% interest rate. The sum included closing out principal alongside paying down accrued and unpaid interest. Compared to the company's $5.5 billion in total long-term debt, the amount is peanuts. But AMC CEO Adam Aron used the announcement to also promote the company's improving business prospects. 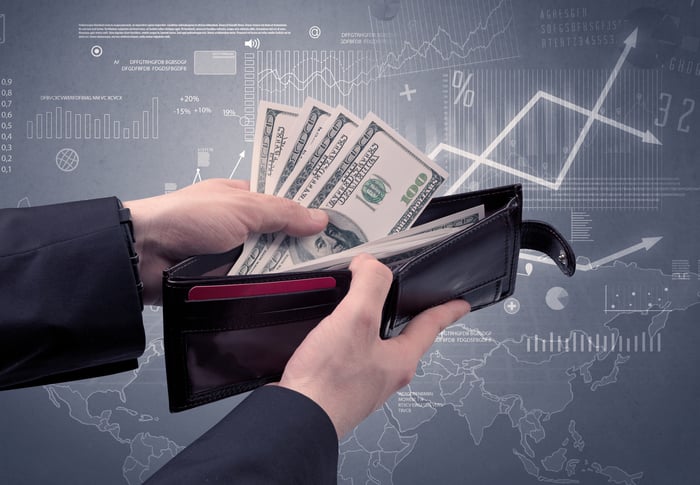 What may have piqued investor interest even more than the minor debt reduction was a summary of what AMC is doing to rebound from the pandemic slowdown, and how it plans to thrive going forward. The retail traders that made AMC a meme stock have been counting on Aron to lead the company to new heights, so they pay close attention to his comments.

Aron pointed to "recent innovations" including using underutilized theaters to show "exclusive musical experiences, and WWE and UFC programming." He also noted AMC's commitment to accept payment in cryptocurrencies including Bitcoin, Ethereum, and potentially Dogecoin by the end of the year.

Some of what Aron is proposing is gimmicky and likely won't help drive the business back to profitability. But he also expressed confidence in upcoming movie releases with studios using theatrical windows prior to releasing on streaming services. That's really what shareholders need for the company to survive, let alone thrive.