This fintech company has been red-hot lately.

Upstart Holdings (UPST -7.23%) is an AI-powered fintech on a mission to improve consumer access to credit. The company went public in December 2020, and it's already caught Wall Street's attention -- the share price has skyrocketed 155% in the last three months alone.

In the wake of those big gains, many investors are probably wondering the same thing: Is it too late to buy Upstart? In situations like this, it's important to take a step back, set aside any fear of missing out, and examine the situation dispassionately. With that in mind, let's take a look at Upstart's business from top to bottom. 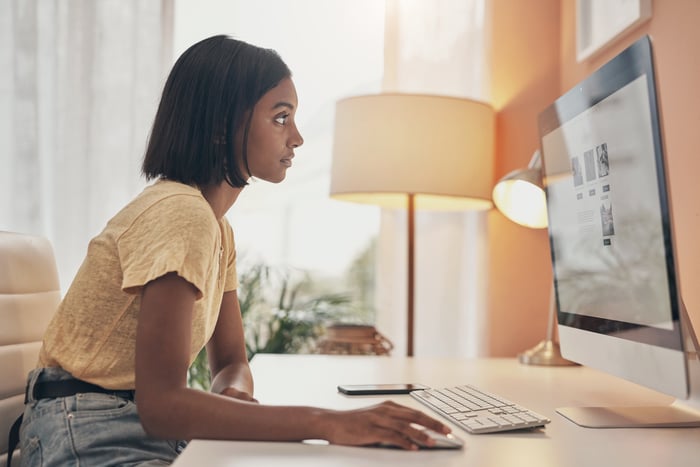 Traditionally, banks have made lending decisions based on a consumer's FICO score, a three-digit number generated from just 12 to 20 data points. This metric is used to assess creditworthiness, helping lenders decide who qualifies for a loan and at what interest rate. But Upstart believes this methodology is flawed, and management cites shortfalls like this: Four out of five Americans have never defaulted on a loan, yet less than half of those people have a credit score that would qualify for the lowest rates that banks offer.

In an effort to fix that, Upstart leans on artificial intelligence. Specifically, its platform captures over 1,600 data points per borrower, then measures that information against 10.5 million repayment events (and counting). In doing so, Upstart's AI models get a little smarter each time someone makes or misses a payment, helping its banking partners quantify risk more precisely.

Upstart is a first mover in the AI-powered lending space. It was founded in 2012, and the company has been upgrading and training its AI models for more than eight years. That head start is a significant advantage, as it implies that Upstart has more data and a superior loan product.

Moreover, its platform creates value on both sides of the equation. Consumers benefit from higher approval rates and lower interest rates, and banks benefit from access to new customers, a highly automated lending process, and lower fraud and loss rates. In fact, compared to traditional lending models, Upstart boosts approval rates by 27%, while lowering the average interest rate by 16%, according to the Consumer Financial Protection Bureau (CFPB).

However, the CFPB published those statistics in 2019, and Upstart's AI models have improved tremendously since then. In fact, management believes its platform is four to eight times more accurate than traditional credit models. And that's true regardless of the macroeconomic backdrop. According to an internal study, Upstart's AI models were five times more predictive of financial hardship than credit scores during the COVID-19 pandemic. 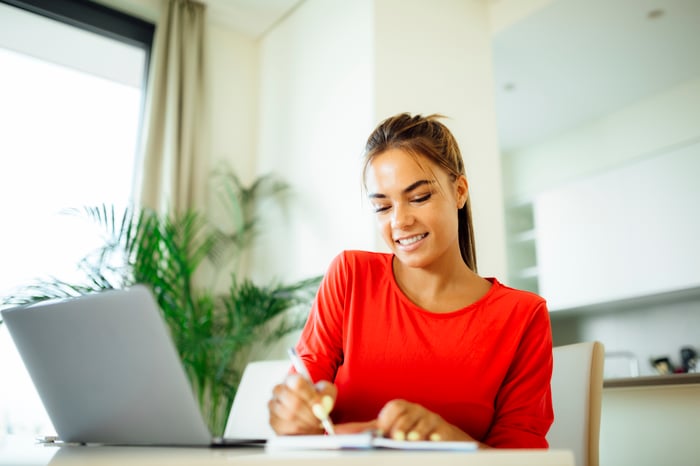 This virtuous cycle has been a powerful growth driver. Despite headwinds created by the pandemic, Upstart powered 300,379 loans during 2020, up 163% compared to 2018. Moreover, the percentage of fully automated loans -- meaning loans with no human involvement -- reached 70% in 2020, up from 53% in 2018. And during this two-year period, revenue grew at an annualized 53%.

More recently, that growth has accelerated. Through the first six months of 2021, Upstart powered 456,610 loans, up 375% over the prior year. Revenue surged 288% to $315.3 million, and the company posted a positive GAAP profit of $0.51 per diluted share. In short, Upstart's financial performance has been impressive.

When I look at Upstart, the biggest red flag I see is valuation. The company now has a market cap of $25 billion, and the stock trades at an absurdly rich 60 times sales. For that reason, I would recommend caution. This certainly isn't the time to put your life savings into Upstart, and if you do choose to invest, be aware that you're in for a bumpy ride.

That being said, Upstart has a massive market opportunity and a strong competitive position, and I think its disruptive approach to consumer credit could translate into tenfold growth over the next decade. Moreover, while the stock certainly looks pricey today, there is no guarantee that it will look cheaper anytime soon.

So is Upstart a buy? In situations like this -- if I'm very interested in owning a stock -- I tend to ignore valuation and open a small position. Then I try to build that position over time through dollar-cost averaging, with the goal of buying at lower valuation multiples along the way.