Should investors be worried about the social-network's major outage?

Shares of Facebook (META -0.24%) were pummeled on Monday, along with many other tech stocks, amid a broader market sell-off. Highlighting the bearish day for the overall market, the S&P 500 finished down 1.3% and the tech-heavy Nasdaq Composite slid more than 2%

Shares of Facebook, however, fell nearly 5% by the time the market closed. This steeper decline relative to the Nasdaq was in line with sharp declines seen across many growth stocks on Monday.

Also weighing on Facebook stock on Monday may have been news of an outage on all of the social-networking giant's platforms. Its core Facebook social network, photo- and video-sharing app Instagram, messaging platforms WhatsApp and Messenger, and even virtual-reality gaming arm Oculus have been affected by the outage. It started before noon EDT and has lasted for hours.

Some investors may be wondering how this may impact the company -- and ultimately their investment in Facebook stock. Let's dig into this. 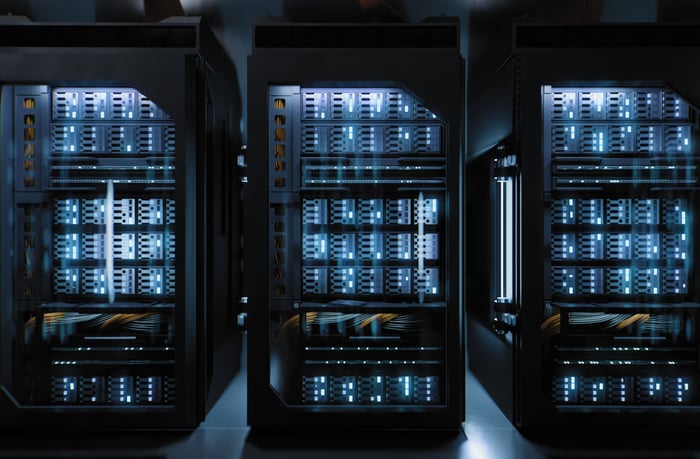 All we know is that the problem has something to do with a networking issue. "Sincere apologies to everyone impacted by outages of Facebook powered services right now," said Facebook chief technology officer Mike Schroepfer in a statement on Twitter Monday. "We are experiencing networking issues and teams are working as fast as possible to debug and restore as fast as possible."

This marks the company's worst outage in over a decade. But with more than 3.5 billion unique monthly active users across its apps, the stakes are obviously much higher today than they were at the time of the company's last major outage in 2008.

With the bulk of Facebook's revenue coming from advertising, and with advertising across its platforms largely rendered useless at the moment, an outage may have already cost the company as much as $100 million in lost revenue. Based on analysts' forecasts for Facebook to generate a total of $35 billion of revenue this quarter, the outage could cost the company nearly a half-billion dollars if it lasts a full day.

These are likely conservative estimates, considering that some marketers were likely spending heavily today since Amazon announced its earliest Black Friday deals ever this morning. Advertisers were likely using digital ad products to help direct traffic to discounted products on Amazon.

Of course, investors should zoom out. In the grand scheme of things, this outage will likely do more to reiterate the importance of the platform to its users and advertisers than it will negatively impact the company. Further, what is several hundred million dollars lost compared to the $143 billion in revenue that analysts expect from the company next year?

Still, investors should keep an eye on the outage to see when it's fixed. If it lasts too long, it could spook some of the companies' partners and lead to other unforeseen challenges.