Markets are looking to open on a down note.

The stock market mounted a nice recovery to end last week, but Wall Street seemed to have a real case of the Monday blues. Futures contracts on the Nasdaq Composite (^IXIC -0.51%) were down 72 points to 14,689 as of 8:15 a.m. EDT, pointing to a lower start for the index.

However, there were some definite bright spots among individual stocks. Tesla (TSLA -0.86%) announced its third-quarter production and delivery figures, and they were good enough to send the stock higher in pre-market trading on Monday. Yet the electric vehicle maker's gains were tiny compared to the huge gain in a little-known player in the biopharmaceutical space. Below, we'll talk about Tesla's win and then reveal the name of this rising small-cap stock. 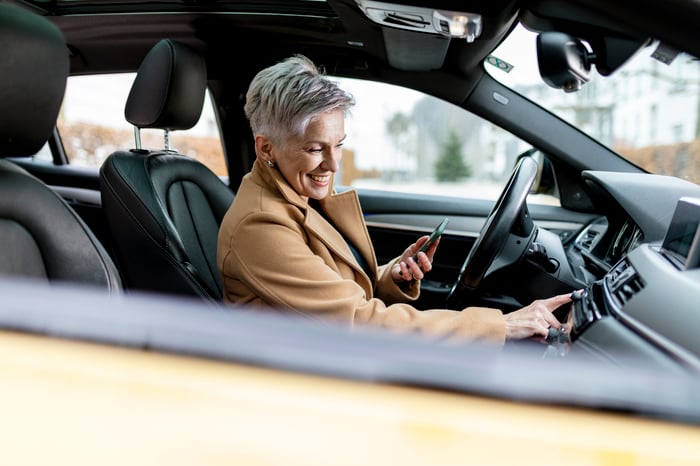 Tesla's stock rose 2.5% on Monday morning. The EV pioneer released its third-quarter delivery and production numbers on Saturday, and they came in higher than most had expected.

The numbers were far better than any that Tesla had seen before, with production figures of just over 206,000 and deliveries of 201,250 in the second quarter having been the previous high-water mark. Delivery estimates among those following the stock had generally been in a range of 230,000 to 235,000, so the total figure above 241,000 was beyond even the stretch goals for the automaker.

Tesla now looks to be on pace to exceed its 50% target for 2021 vehicle delivery growth by a substantial amount. With more than 627,000 deliveries nine months into the year, even a huge contraction in fourth-quarter activity would allow Tesla to surpass the 750,000 mark. Investors are even more ambitious about the automaker's longer-term prospects, and while 1 million deliveries is likely out of reach this year, Tesla looks poised to top that number in 2022 if it can keep up its current growth pace.

A noble jump for Xenon Pharmaceuticals

Xenon said its XEN1101 treatment met key endpoints in its phase 2b clinical trial for adult focal epilepsy patients. In particular, XEN1101 showed statistically significant reductions in focal seizure frequency compared to placebo. The number of patients seeing their seizure frequency cut by half of more was also significantly higher for the group using XEN1101.

Xenon chief medical officer Dr. Christopher Kenney said he's hopeful that the results will prompt the U.S. Food and Drug Administration to plan an expedited development path for XEN1101 going forward. Kenney also sees the treatment potentially being useful for other indications, including other types of epilepsy as well as major depressive disorder.

The news pushed Xenon's stock to its highest level since its late-2014 initial public offering. If the FDA cooperates and grants an accelerated pathway toward full approval, then investors could see even more upside ahead.