These are some of the hottest technology companies in the market, and analysts can't get enough of them.

Taking a long-term view is a key ingredient for success in the stock market. If you're buying a company's stock because of its attractive fundamentals, it's important to afford that purchase enough time to create value.

Investors often look to Wall Street analysts for help identifying long-term opportunities. That's because these analysts come from firms that have a track record of picking winners over time. When dozens of these analysts look at a stock and arrive at the same conclusion, it can pay to listen.

Here are three stocks from three different, high-growth industries. Each has attracted an overwhelmingly bullish consensus on Wall Street. Let's see why they are so popular. Many competitors have emerged in recent years, but when we think about ride-hailing services, Uber Technologies (UBER -2.82%) is still the brand that resonates most. But Uber has become so much more than that one-dimensional business model. It also has food delivery and freight ventures to bolster its growth rate.

The company is not without issues, as multiple legal battles have threatened to upend the way it classifies its drivers. Most of Uber's workers are contractors, which means the company is not required to offer them benefits like health insurance or a minimum wage, and that saves the company a lot of money. But the United Kingdom has successfully forced Uber to provide those benefits, and California is trying to do the same.

These potential headwinds haven't dampened the enthusiasm of Wall Street analysts, as they maintain a consensus buy rating on the stock. In September, Uber issued revised guidance that indicated it could break even, or even generate a small profit on an EBITDA basis for the third quarter. Combined with powerful revenue growth each year, it's not hard to see why Wall Street is so bullish.

For a high-growth technology company, Uber's forward price-to-sales multiple of 5.5 is very reasonable, especially since it's slightly cheaper than key competitor Lyft, which has a much smaller business.

But most importantly, $16 billion in yearly revenue (and growing) affords Uber a lot of optionality when it comes to pivoting its business and navigating legal hurdles. Revolutionary technologies rarely get a trouble-free ride to the top, but consumers seem to love Uber, and that ensures staying power. 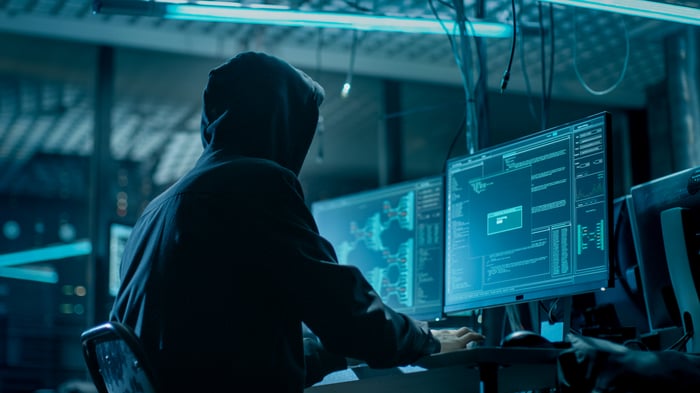 It feels like cyberattacks of some variation have made the news almost every few weeks this year. As our lives transition further and further into the digital realm, it's incumbent on the companies we deal with to ensure they have an adequate cybersecurity strategy to protect our data (and their assets).

Tenable's (TENB 1.66%) Nessus platform is the most built-upon vulnerability management tool in the world, serving over 30,000 organizations. The U.S. government maintains a database of over 171,000 common vulnerabilities and exposures, and Tenable offers coverage against 65,000 of them, making it No. 1 in the industry.

Tenable aims to protect the entire attack surface by making predictions about the vulnerabilities to prioritize, in local networks and in the cloud.

While the company is seeing robust growth in overall revenue, the real driver is in its base of customers who spend at least $100,000 per year with the company.

This growth highlights the accelerating need within large organizations to beef up their cybersecurity, and since Tenable operates a software-as-a-service (SaaS) business model, the best part is that the revenue is recurring on a yearly basis.

Surprisingly, Tenable's stock price is down 10% this year as it has struggled to deliver significant profits. But patience will likely deliver strong rewards over the long term, especially since Wall Street maintains a consensus buy rating -- with not a single major analyst recommending to sell the stock. 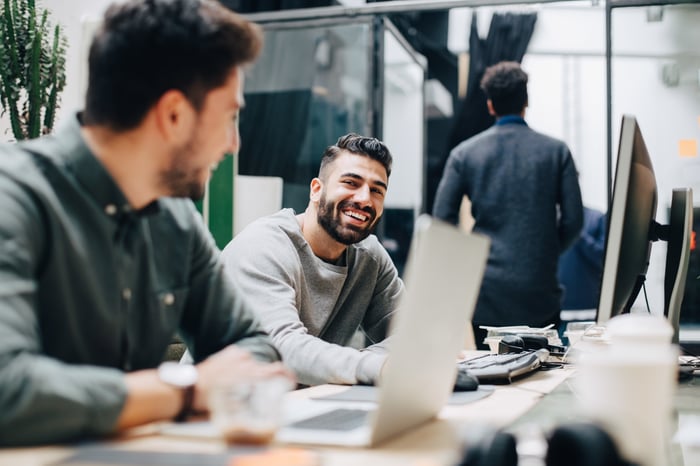 When a company's software products are used by billions of people globally, it should come as no surprise that Wall Street loves its stock. Microsoft (MSFT -0.33%) is the household name responsible for the Windows operating system and Office 365 program suite, and it has an overwhelming consensus buy rating among analysts, with none of them recommending to sell.

But the company has become much greater than its core legacy brands. It now has a behemoth business-to-business cloud computing segment driven by its Azure platform, used by 95% of the Fortune 500 companies.

Additionally, it's finding success in the hardware space with its Xbox gaming and Surface notebook products, which is particularly important because Microsoft has historically struggled in this area. Who can forget the Zune -- Microsoft's unfortunate attempt at beating Apple's iPod all those years ago.

In the fiscal year 2021 which ended June 30, Microsoft generated $168.1 billion in revenue. It was an 18% improvement compared to 2020, but its earnings-per-share growth of 40% is the real metric to focus on in this case. As companies like Microsoft grow larger, they build scale, which means fixed costs become a smaller portion of total revenue.

That results in higher gross margins, and Microsoft is seeing notable improvements in that area for its service segment, which is the largest contributor to its revenue.

With $8.05 in earnings per share in fiscal 2021, Microsoft's stock trades at a price-to-earnings multiple of 35 times. It's just about in line with the broader Nasdaq 100 market index, but there aren't many companies in that group of 100 you'd place ahead of this one in your portfolio.