Micron Technology (MU -1.17%) continued to benefit from a favorable demand and pricing environment last quarter. For the fiscal fourth quarter, Micron posted revenue and adjusted earnings per share (EPS) growth of 36% and 124% year over year, respectively.

However, management cited some supply problems with customers that could lead to lower bit shipments in the next few quarters, and the stock is down a few percentage points since the earnings report was released on Sept. 28. Micron operates in a cyclical industry, where prices for memory can fluctuate depending on supply and demand conditions. Because of this dynamic, market participants are probably anticipating a reversal in memory pricing, which would put pressure on Micron's profit margin.

However, some of these concerns may already be reflected in the stock's valuation. The shares currently sport a cheap price-to-earnings ratio of just 10. Here's why Micron might be one of the most undervalued tech stocks you can buy. 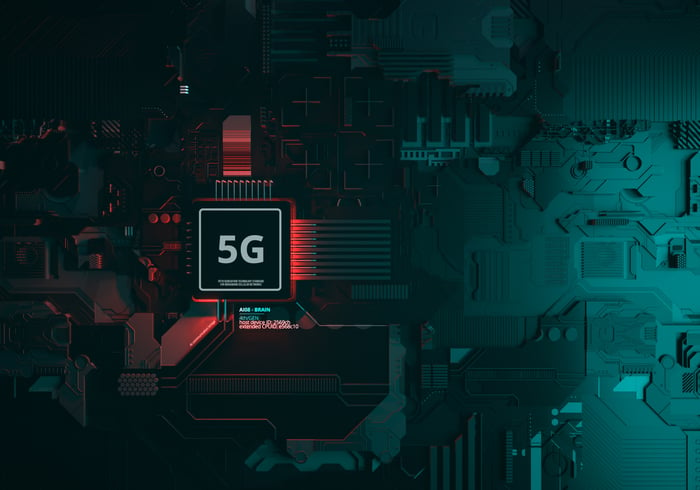 Swings in memory prices are only a near-term hurdle for Micron. It's not really a risk if you are invested for the long term and not looking to make a quick profit. Micron's business is well positioned for future growth.

Dynamic random-access memory (DRAM) products accounted for 72% of Micron's fiscal 2021 revenue, while non-volatile memory (NAND) totaled 25%. These technologies are used in memory chips and solid-state storage drives found in PCs, but they are finding their way into fast-growing markets, such as data centers, 5G, and the Internet of Things. The long-term demand trend from these markets is the primary reason to consider buying Micron during the share price slump.

Over the last decade, the total addressable market for DRAM and NAND has risen from around 10% to 30% of the semiconductor industry, which reflects growing chip content found in consumer and industrial markets. That has fueled strong revenue growth for Micron and sent the stock up over 1,400% over the last 10 years. There should be more gains to come.

One growth catalyst for Micron is the upgrade cycle underway in 5G phones. More than 500 million 5G mobile phones should sell this year, according to estimates, and these new phones include over 50% more DRAM and double the amount of NAND chips versus 4G phones. That plays right into the hands of Micron.

It's also a positive sign that Taiwan Semiconductor Manufacturing (TSM 0.15%), the leading manufacturer of chips for other companies, plans to spend $100 billion over the next few years to support future growth. This is good news for Micron because the two chip providers are serving some of the same markets.

What to expect in the near term

Micron's early outlook for calendar year 2022 shows bit growth -- a key metric for gauging market demand -- up in the mid-to-high teens range for DRAM products, along with an increase of about 30% for NAND. Management sees greater data-center server deployments, 5G mobile shipments, and strength in automotive and industrial markets, which are expected to be Micron's fastest-growing storage markets over the next decade.

In the near term, investors shouldn't be alarmed if Micron reports softening bit demand in the next few quarters. Currently, some of Micron's PC customers are experiencing shortages in other components needed to assemble PCs. As a result, Micron's customers may hold back on orders in the near term until these other components become available, which may slow bit shipments.

The supply shortage for non-memory products contributed to Micron's post-earnings sell-off, as investors wanted a better outlook for the near term. But this focus on short-term results is providing a good opportunity for long-term investors to buy shares of Micron on the cheap. The company still expects revenue to increase by 32% year over year in the fiscal first quarter, with bit shipments strengthening in the second half of fiscal 2022.

One last reason to buy the stock is that Micron is now paying a quarterly dividend, which reflects management's confidence in future reliable growth. Micron's dividend yield is only 0.14% based on a quarterly payout of $0.10 per share as of this writing, but management expects to increase that payout over time.

Micron also repurchased $1.1 billion worth of shares last quarter, which is a timely use of cash considering how cheap the stock is right now. With the stock trading at 10 times EPS, investors have a good chance of beating the market over the next five years. This doesn't mean the shares won't trade lower during the current market correction, but investors' patience should be rewarded.