An ugly start to the day turned around by the close.

With volatility rising in the stock market, investors are starting to get used to seeing stocks rise one day and fall the next. At first, Wednesday looked like it would continue the pattern, with a big drop to begin the trading day. Yet by the end of the session, markets had regained their footing, and the Dow Jones Industrial Average (^DJI -0.90%), S&P 500 (^GSPC -0.73%), and Nasdaq Composite (^IXIC -0.70%) all managed to claw their way back into positive territory.

Sometimes, all it takes to turn things around is some good news from prominent companies. Today, gains for fintech disruptor Affirm Holdings (AFRM -2.41%) and semiconductor stock Marvell Technology (MRVL -0.48%) showed the resiliency of the stock market even in the face of downward pressure. Below, we'll look at the news that moved these two stocks today.

Shares of Affirm Holdings soared 20% on Wednesday. The buy now, pay later specialist has expanded its business dramatically in recent months, and the company made another lucrative partnership to grow even further.

Target (TGT -1.25%) became the most recent retailer to allow customers to make certain purchases using Affirm's installment payment service. The big box retailer said it will give customers making purchases over $100 the ability to turn to Affirm. Meanwhile, smaller purchases will be available through a different service, Sezzle, which also offers no-interest installment payments with no fees when consumers make their payments on time. 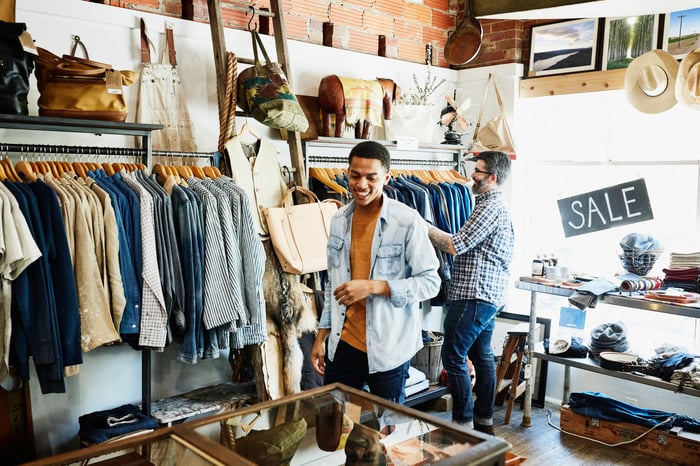 Affirm has two questions it will need to answer. First, consumers will have to embrace the buy now, pay later concept when shopping for the holiday season. So far, Affirm has been extremely popular among younger consumers who don't necessarily qualify for credit cards or other ways to defer immediate payment. However, whether that continues depends on whether Affirm can stave off competition and keep establishing itself as the leader of its niche.

Affirm will also have to demonstrate that it can make money with its business model. So far, Affirm's losses have been massive, and even with rock-bottom interest rates making its cost of funds extremely low, Affirm still has to be able to collect something from merchants or customers. Although Affirm touts its no-interest plans, the built-in finance charges on longer installment contracts could prove to be the ultimate moneymaker for the company -- but could also jeopardize its main differentiator from credit cards.

Elsewhere, shares of Marvell Technology were higher by 7%. The chipmaker made several announcements at its annual investor day that raised confidence in the company's prospects.

Marvell made several positive comments at its presentation. The company boosted its long-term sales growth target to a new range of 15% to 20% annually. That was higher than the 10% to 15% range for annual revenue growth that Marvell had given previously.

In addition, Marvell said it expects to reward investors generously as it boosts its financial success. The company said it would target returning 50% or more of its free cash flow to its shareholders, both by maintaining its modest current dividend and by boosting share repurchases over time.

Marvell has a ton of opportunities in the data center, wireless carrier, and automotive space, and it now sees its total addressable market weighing in at $128 billion. With revenue of less than 3% of that number, most investors are optimistic that Marvell has a long growth runway ahead of it.