Growing institutional adoption and investor enthusiasm are pumping these cryptos to the next level.

As for SHIB, investors were euphoric after Tesla's CEO, Elon Musk, tweeted a picture of his shiba inu dog on top of his Tesla car three days ago. Musk had previously promoted meme cryptocurrencies, and even though the tweet wasn't directly related to SHIB, there's the expectation that Musk will tweet about SHIB in the future. That was enough to send the coin up 220.90% in the past seven days. 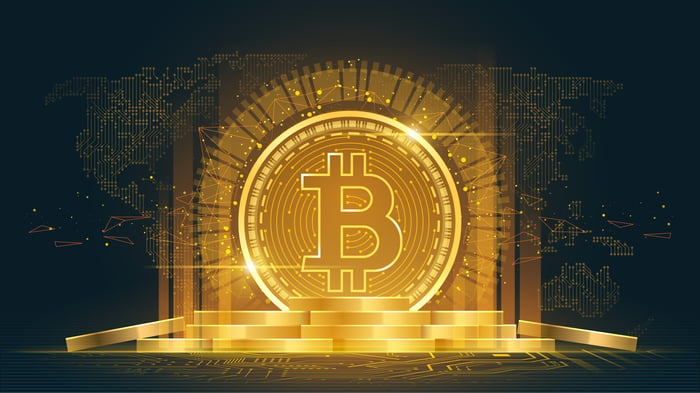 Institutional investors are rapidly piling in on the success of Bitcoin, Bitcoin Cash, and other cryptos. For example, Silvergate Capital (SI -2.96%), a leading bank that facilitates fund transfers between cryptocurrency exchanges and financial entities (such as banks, venture capital firms, and hedge funds), processed a stunning $240 billion in transaction volume in Q2 alone. That's more than 10 times the volume of institutional crypto-fiat transfers it processed in Q2 of last year.

But the same can't be said for Shiba Inu. It's clear that investors are in it only to make a quick buck. Its fundamental value, as measured by total value locked (TVL) on its native Shibaswap decentralized exchange, amounts to just $291 million. Meanwhile, the token's market cap has surged to nearly $10 billion.

Since its inception, skeptics have said that Bitcoin and its peers are nothing more than fake internet money. But the result of all this fear and uncertainty is that cryptocurrencies are gaining traction in every part of the world, especially among developing nations. The volume of cryptocurrency transactions has surged 706% in Central and South Asia and Oceania in the past year. Their total value amounts to a staggering $572.5 billion, or 14% of global crypto transactions. So there's never been a better time to invest in this promising sector.

But if critics are right about one thing, it's that all this excessive speculation surrounding SHIB won't end well. Back in May, SHIB witnessed a similar pump and dump that sent its price down 80% in a matter of days after the spike. So now's a good time for those lucky investors to consolidate the gains and take profits.