The company gets a new patent and a heap of hype on a popular online stock forum.

One of the market's top outperformers on Wednesday was SmileDirectClub (SDC -2.75%). Shares of the orthodontic aligner specialist shot almost 15% skyward on the day thanks to action in a top stocks forum and the company's securing of a patent for an important product.

SmileDirectClub announced that the United States Patent and Trademark Office (USPTO) will issue it a patent for its SmileBus. As the name implies, this is a fleet of vehicles with heavy company branding that travels around promoting SmileDirectClub wares indirectly. This is done through free 3D imaging of a bus visitor's teeth with the aim of drawing them in as customers. 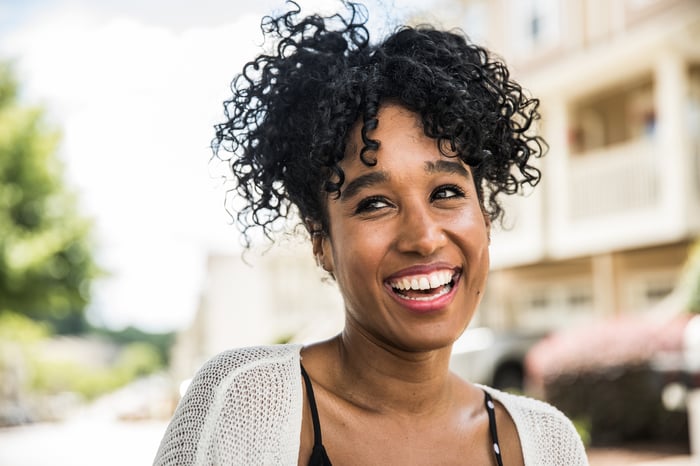 SmileBus was a marketing concept launched in 2018 in the U.S. and in 2020 in the U.K. According to the company, these automobiles have made 1,200 stops and collectively produced almost 100,000 of the images.

We are pleased the USPTO has acknowledged the novelty of our SmileBus concept by allowing this patent ... The SmileBus has helped thousands of people in the U.S. and U.K. get started on their smile journey -- many of whom live in 'dental deserts' without convenient access to orthodontic treatment.

The patent attracted enough attention for SmileDirectClub to make its stock a hot topic in the influential WallStreetBets Reddit internet forum. Generally, the posts on the specialty healthcare company and its shares were bullish, adding to the upward momentum of the stock.

While SmileDirectClub has a compelling business model, it has certain competitive disadvantages against its more upmarket rival Align Technology (ALGN -1.47%) and has struggled with profitability. A 15% share-price pop doesn't feel all that justified for one new patent and a lot of online hype.