Please ensure Javascript is enabled for purposes of website accessibility
Free Article Join Over 1 Million Premium Members And Get More In-Depth Stock Guidance and Research
By Herve Blandin - Oct 7, 2021 at 6:19AM

The legacy content delivery network specialist is beefing up its cybersecurity portfolio.

Last week, Akamai Technologies ( AKAM 2.07% ) announced its intention to acquire the cloud security specialist Guardicore for approximately $600 million in cash. Here's what you need to know about this important move for the company.

Akamai Technologies is the legacy leader in the content delivery network (CDN) area. The technology consists of hosting content closer to users to improve the performance of online services. To that end, the company has built a large network that spans over 4,200 locations in 135 countries. 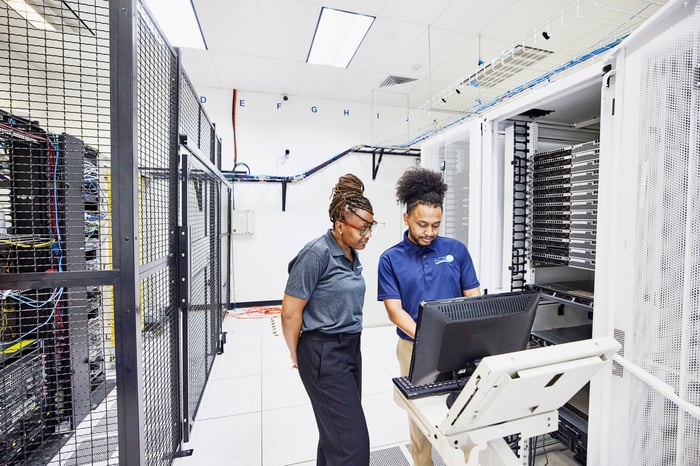 But Akamai is facing strong competition from innovative players such as Fastly ( FSLY 1.85% ) and Cloudflare ( NET -4.51% ). In contrast with Akamai, those younger companies don't have to deal with legacy infrastructures, which allows them to develop innovative services to boost their revenue growth. Still, Akamai remains the largest CDN player by far in 2021. 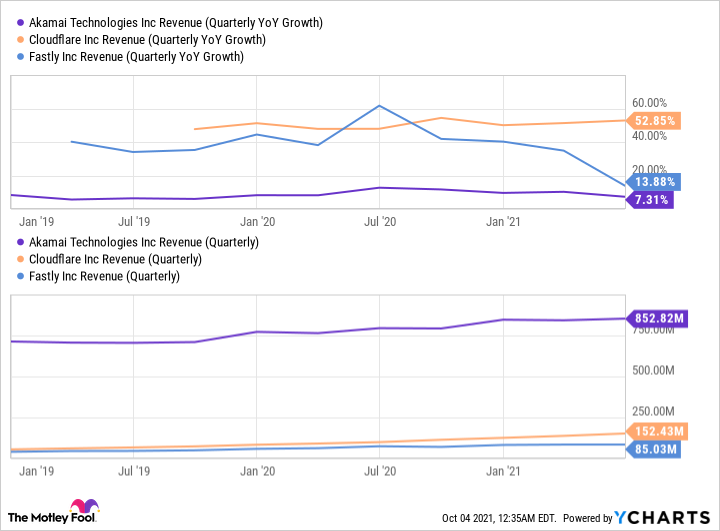 So cybersecurity represents an attractive opportunity for Akamai to expand its footprint amid strong competition. Indeed, cybersecurity complements CDN capabilities by protecting hosted online services. For instance, among many cybersecurity products, the company developed a web application firewall that filters out harmful traffic before it reaches its servers.

Given the rise in cybersecurity threats, Akamai's cybersecurity is becoming an important and growing part of its business. During the last quarter, revenue from cybersecurity increased by 25% to $325 million, which represented 38% of total revenue, compared to 33% in the prior-year period.

Protecting interdependent, complex, and proliferating applications and modules has become a key cybersecurity concern, which should lead to strong revenue growth. For that reason, other players are trying to capture that opportunity. For instance, the high-growth cloud-based cybersecurity specialist Zscaler acquired Edgewise Networks last year to enhance its portfolio with such application-to-application protection capabilities.

Besides the attractive operational aspect of Akamai's acquisition of Guardicore, does the $600 million price tag makes sense?

The size of the deal remains modest relative to the company's scale and balance sheet. At the end of the second quarter, Akamai accumulated $640 million of cash, cash equivalents, and investments in excess of total debt. And thanks to its ample free cash flow ($224 million during the last quarter), the company will accumulate even more cash to fund the transaction before it materializes during the fourth quarter.

Still, the deal seems pricey. Management indicated that Guardicore should generate $30 million to $35 million of revenue in fiscal 2022. That means Akamai agreed to pay 18 times the midpoint of that range. In addition, Guardicore's acquisition will negatively impact Akamai's high margins in the short term. Management anticipates non-GAAP (adjusted) operating margin to drop to a range of 29% to 30% in 2022, compared to 32% during the last quarter.

Thus, Akamai appears to have negotiated a fair deal in the context of high valuations in the cybersecurity industry.

Speaking about valuation, the market is pricing Akamai at a significant discount to its peers. The stock is trading at forward price-to-sales (P/S) and price-to-earnings (P/E) ratios of 5 and 18, respectively. In comparison, Cloudflare's and Fastly's stocks are trading at much higher forward P/S ratios of 58 and 12, respectively. The two smaller companies are not profitable yet, so P/E ratios don't apply to them. 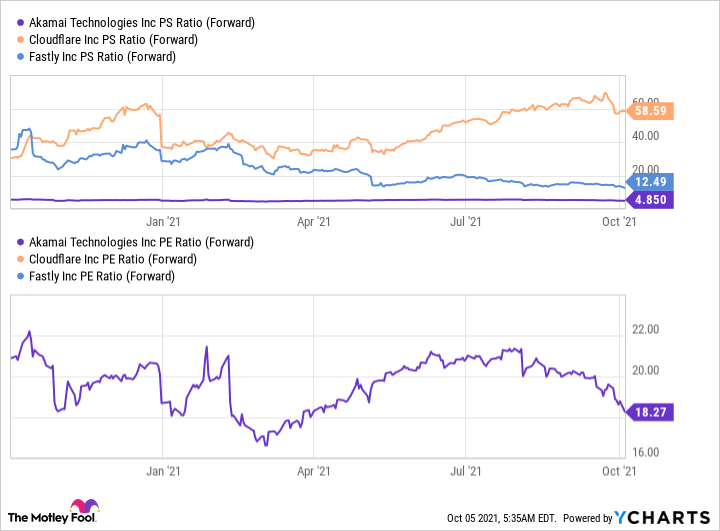 Granted, a part of that discount is due to Akamai's slower revenue growth. But in contrast with its competitors, the company is profitable. The profits provide extra funding for acquisitions, as evidenced by the deal with Guardicore.

Thus, investors should consider having a close look at Akamai. The stock is trading at a reasonable valuation, and the company is poised to keep growing over the long term, thanks to its cybersecurity portfolio that complements the core CDN activities.