You'd be quite pleased with yourself, to say the least.

Coronavirus vaccine developer Novavax (NVAX -1.96%) may not have won the race to commercialize its jab first, but it's undeniably a winning stock. Up about 50% in the past 12 months, the company's rise to prominence has no doubt benefited its investors.

So it's worthwhile thinking about the growth trajectory of innovative businesses like Novavax. Today, I'll be taking a look at how much an early investment in it would be worth right now -- and perhaps what lessons investors can learn. 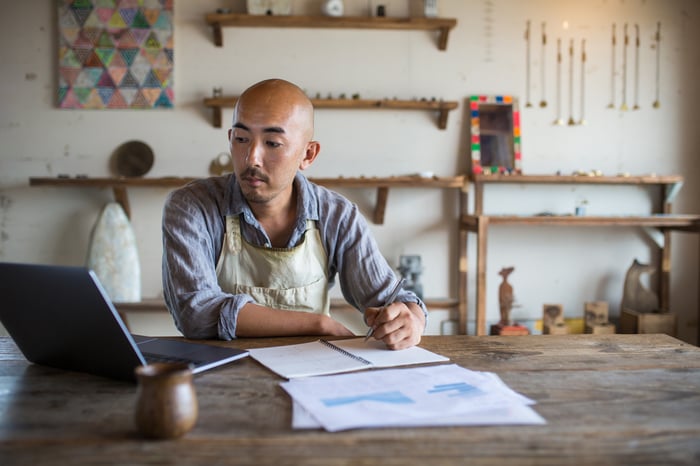 You didn't need to invest early to win big

Novavax wasn't a new business in 2020, and some investors may have recognized its potential long before the pandemic ever put it in the spotlight. If by chance you decided to purchase $1,500 worth of shares in early October 2019 when the stock price got to $4.17, you'd be currently richer to the tune of $57,853. At the time, the biggest company news was that its seasonal influenza jab for older adults called NanoFlu had just started its phase 3 clinical trials. 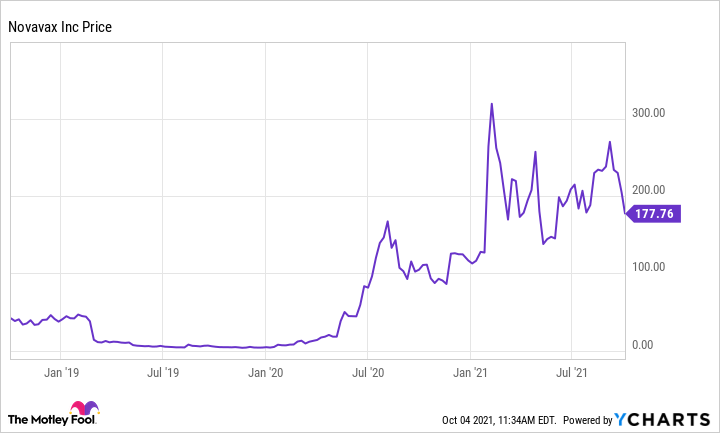 So for most investors, with only the potential of NanoFlu's future success to assess, it might have been hard to build a case for the stock at that time. Since its founding in 1987, the biotech has yet to commercialize any medicines. And if you're like me (and perhaps most people), you probably didn't even know that Novavax existed until it launched its coronavirus vaccine program early last year.

But even after it started to become known then, it still would not have been too late to invest. Assume you recognized the growing coronavirus pandemic and bought a smattering of biotech stocks like Novavax in the hope that one of one of them would hit it big. Had you invested $1,500 in Novavax on April 1, 2020, at $18.13 per share, it would have grown by around 810% to a cool $12,151 right now.

And at the stock's high point this past August when it neared $238, your initial investment would have been worth $18,191. Given that its coronavirus vaccine isn't even generating revenue yet, that's quite a win for its investors.

What do investors have to look forward to next?

Despite its impressive run-up over the last 18 months -- and potential ahead -- Novavax could still face some headwinds in the near future.

The company's troubled and frequently behind-schedule vaccine manufacturing operations have led it to repeatedly delay submitting the necessary paperwork to regulators, which has pushed the timetable for its approval and commercialization back by many months. Now, the company may not even apply for approval until sometime in the fourth quarter, which could leave its jab hitting the market as late as mid-2022.

And amid reports that drugmaker Merck will soon apply for Emergency Use Authorization (EUA) of its antiviral pill for treating COVID-19, there is an argument that the need for Novavax's vaccine may now diminish.

However, in my view Novavax could still be a favorable investment today. Its life as a profitable company has yet to begin -- and if its vaccine is approved and lives up to management's expectations as a booster shot, it'll have a large market to penetrate. And even with the threat of Merck's antiviral treatment in the wings, it's unlikely that the pandemic will end without the help of effective vaccines.

So assuming Novavax's vaccine candidate does finally receive approval, investors should be able to count on the company to rapidly ramp up revenue throughout next year, which might well bring the stock to new heights.