Please ensure Javascript is enabled for purposes of website accessibility
Log In Help Join The Motley Fool
Free Article Join Over 1 Million Premium Members And Get More In-Depth Stock Guidance and Research
By Rhian Hunt – Oct 7, 2021 at 7:00AM

The news is good but highlights questions about the electric-car maker's valuation.

Simultaneously, its market cap remains enormous, and alongside its loyal fans, the company has a vast chorus of detractors predicting a stock-price collapse. Do the naysayers have a point, with Tesla living on borrowed time before its share price corrects to a more "realistic" level? Or will its value rise from here?

Both sides have a compelling argument, but the bull case may be stronger overall. 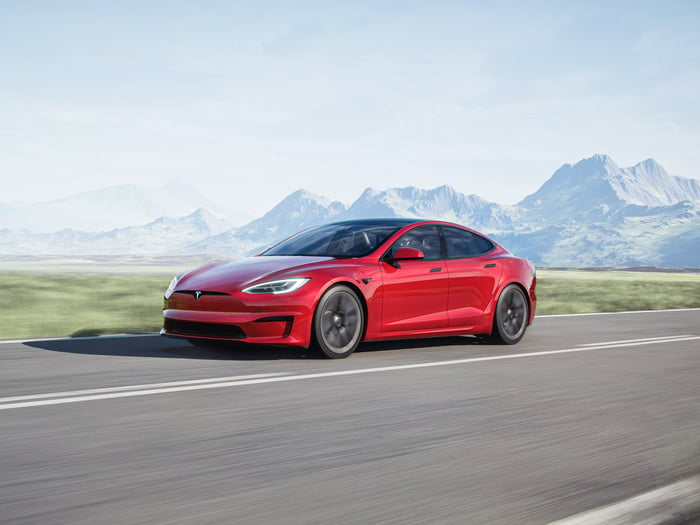 Tesla released its Q3 production and delivery figures on Oct. 2, coming in ahead of Wall Street's consensus forecast of 233,000 EVs. The company delivered approximately 241,300 vehicles, nearly 3.6% more than anticipated, though it also notes it errs on the low side in its reporting, omitting deliveries that had significant problems.

Tesla managed this performance even though the ongoing chip shortage hampered the operations of both the EV and internal-combustion engine (ICE) sides of the automotive market during 2021. This better-than-expected performance matches the "massive trajectory" that investment firm Wedbush predicted just a few days before in a research note. Wedbush analyst Dan Ives predicted total deliveries of between 890,000 and 900,000 Tesla automobiles during 2021.

Tesla's car production, in absolute terms, is a fraction of the output of ICE vehicles from the big automakers. However, several important points are revealed by its production figures on closer analysis.

According to the German edition of Business Insider, Brandstätter remarked on how 10 hours is enough to construct a Tesla 3, a third of the time needed to build a Volkswagen ID.3. He also said at an emergency meeting of the German automaker's executives that Tesla's profitability and productivity are "in another dimension."

With Tesla already producing cars more efficiently than the world's current No. 1 automaker Toyota, production is likely to ramp up even more strongly once its European "Gigafactory" comes online. Even with only its existing facilities to draw on, its Q3 deliveries soared 73% year over year from 139,300 produced in Q3 2020. 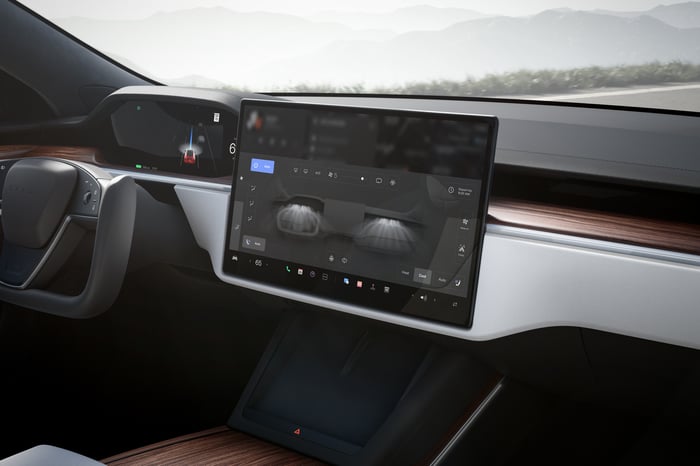 A window into Tesla's valuation

Tesla's Q3 delivery and production figures give perspective on criticisms of the company. For years (and today as well), detractors have claimed Tesla's share price and market cap are grossly inflated relative to its current production numbers. They point out it makes less than a million cars per year, while its market cap of roughly $776.6 billion exceeds the combined market caps of Ford Motor ($56.6 billion), General Motors ($77.1 billion), Fiat Chrysler owner Stellantis NV ($59.7 billion), Volkswagen ($135.3 billion), BMW ($54.4 billion), and Daimler ($82.8 billion) by almost 67% -- facts they allege signal it's massively and unsustainably overvalued.

With all this in mind, why does Tesla's valuation remain stubbornly above the levels that bearish commentators, analysts, and pundits think it should have? The answer is a fundamental difference in perspective. The valuation isn't rooted in Tesla's current sales numbers or other metrics in a head-to-head battle against the big, long-established automakers, but in its potential and momentum.

Tesla's valuation is absurd to stock market bears and doubters because they assess it purely as another standard car manufacturer with modest production numbers competing on an even playing field, with no special historical circumstances in its favor. From this perspective, a narrow, "literal" interpretation of its metrics, Tesla is indeed tremendously overvalued.

An alternate viewpoint sees Tesla as the frontrunner during a market revolution, with the current EV market representing only a tiny fraction of its emerging potential. If a massive historical pivot from ICE vehicles to EVs is indeed underway, direct competition right now isn't the source of Tesla's robust value. Instead, it's based on the company's success at increasing its production capacity while maintaining profitable margins.

The swift growth in production, picking up momentum over time and beating expectations even in the midst of a chip shortage, shows Tesla is successfully positioning itself to claim major market share once the automotive market's "pivotal point" is reached. At that point, if it occurs, a historic shift will develop.

EV sales will soar exponentially and ICE sales will collapse, similar to when cars took over decisively and rapidly from horse-drawn vehicles or riding horses in the days of Henry Ford. Tesla is notably in the lead in actual production know-how and public recognition, so its value likely reflects its potentially powerful first-mover advantage when EV use takes off.

Time has not yet decisively proven which perspective is ultimately correct, that of the Tesla detractors or its enthusiasts. However, the EV market is persisting and growing, making the shift appear inevitable.

When that moment arrives, Tesla is positioned to be among the most successful electric-car stocks, with a possibly spectacularly bullish outlook sending its stock value far higher than even today's price. Ford's or Toyota's share price is based on the present, while Tesla's share price expresses confidence in the future -- a confidence which arguably looks justified.