The company has proven the doubters wrong. But is that enough to buy the stock?

The market is made up of buyers and sellers. That means every transaction presumably has someone who believes in the prospects for the company and someone who doesn't. It shouldn't be controversial. Yet some stocks elicit such emotional responses -- both pro and con -- that the conversation shifts from the company to the aptitude of anyone with a different opinion.

Perhaps the best example of this is Tesla (TSLA 0.08%). The electric vehicle maker has cemented its place in Wall Street lore as the stock has climbed more than 800% in the past 19 months on the back of exploding profits. And many see more industries it could enter. But investors might be getting ahead of themselves bidding the company up to a market capitalization of nearly $780 billion. Here are three reasons to buy Tesla stocks and one reason to sell. 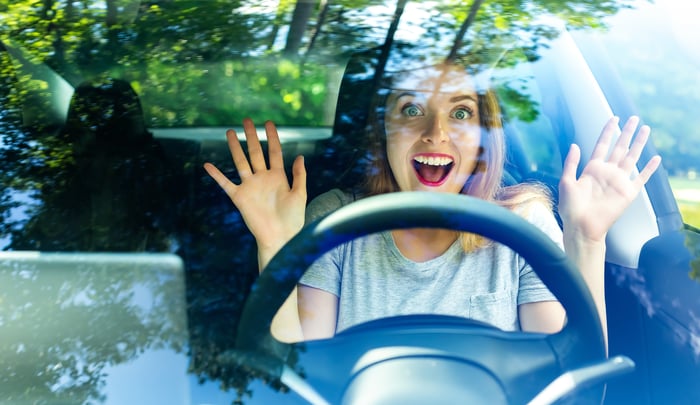 1. The world is shifting to electric vehicles

In the first half of 2021, global electric vehicle (EV) sales were 2.6 million units. It doesn't sound like a lot. But unit growth was up 160% over the same period last year. That's more than six times faster than the overall auto market.

Globally, EVs made up less than one percent of all new auto sales in 2016. That share had moved up to 4.6% by last year. The adoption is accelerating. According to energy research firm Wood Mackenzie, that number now stands at 7%. Many believe EVs will make up 25% of sales by 2035.

Tesla is leading the pack with 15% market share. The surge in EVs might not be obvious to U.S. investors, as uptake is more robust in Europe and China. About 44% of all EVs are in China. Roughly 31% are in Europe. The U.S. is home to only 17% of the world's plug-in vehicles. Although Tesla dominated domestically with 79% of all EV registrations through April, legacy auto manufacturers are finally going all-in on electric.

Earlier this year, General Motors (GM -1.31%) said it wanted to stop selling gas-powered cars and light trucks by 2035. Not to be outdone, Ford (F -1.56%) is committing to make half of its vehicles zero-emission by 2030. It plans to invest more than $11 billion in manufacturing facilities in Tennessee, Kentucky, Texas, and Michigan.  All are slated to contribute to the goal. It's a big pivot. But they have given Tesla a big head start.

2. The business is over the profitability hump

In 2017, famed investor Jim Chanos said about Tesla: "We think the equity is worthless." As silly as the projection looks in hindsight, Tesla CEO Elon Musk has since admitted that the company was about a month away from bankruptcy at the time. Those days are long gone. The company is now solidly profitable with industry-leading gross margins. 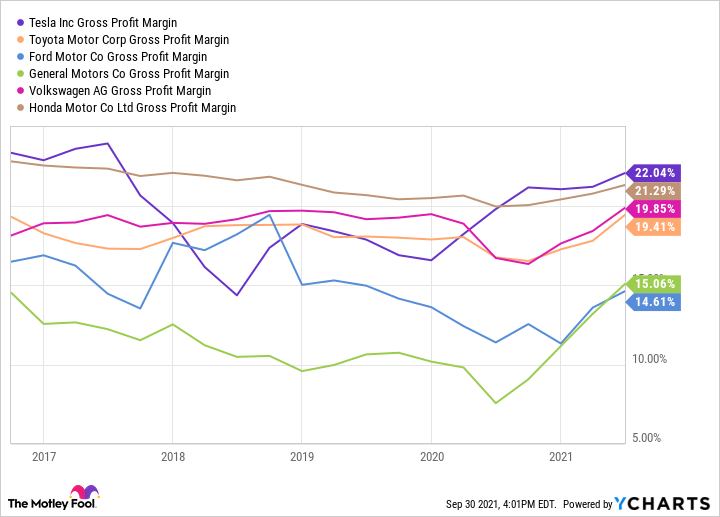 As revenue has jumped 256% since 2017, the percent it spends on both research and development, as well as selling and overhead, has been more than cut in half. To put it simply, the company has gone from the brink of collapse to a self-sustaining, cash flow machine. There could be a lot more more to come.

3. Optionality could lead to massive new sources of revenue

While the company should be praised for the turnaround, many shareholders have their eyes fixed on new markets the company could disrupt. Led by sanguine analysis from Cathie Wood's ARK Invest, and the stock's inclusion in several of ARK's high-profile exchange-traded funds, Tesla now sports a market capitalization of $777 billion. 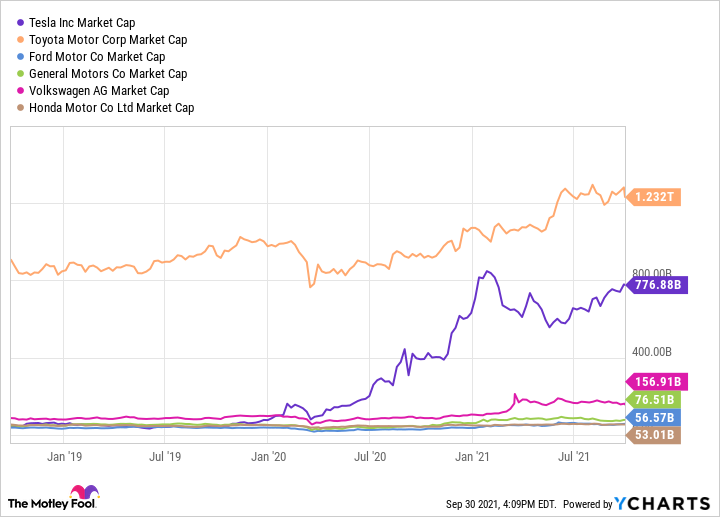 That's more than any other auto company except Toyota Motors (TM -0.77%). And Toyota sold almost three times the number of vehicles in the first half of this year. Another metric highlights the premium Tesla is getting. It currently trades for 73 times its trailing 12 months of gross profit. For Toyota it's 22. Of course, Tesla is growing much faster. The question becomes just how much of a premium it deserves.

If the ardent believers are right, Tesla could make money in many more ways than selling cars. It could use its treasure trove of data to insure its vehicles. It could license its self-driving algorithms to other auto companies. Tesla could commercialize its battery production and serve as a utility company to supply power -- as it is doing in Australia and is applying to do in Texas. The company could even make money with a fleet of autonomous taxis.

In a fast-changing world, Tesla is on the technological bleeding edge in many areas. But how much of that promising future is already priced in?

Is the potential already priced into the stock?

Tesla stock ended trading today at $775 per share. Cathie Wood expects the stock to nearly quadruple to $3,000 per share by 2025. Her optimistic scenario incorporates significant contributions from the possibilities listed above. I'm skeptical -- not that the company can enter these different businesses, but that it can do so at scale. I fully expect many experiments from the company to explore potential new markets. Successful ventures will likely take much longer than a few years to reach the tens (or even hundreds) of billions in revenue Wood predicts. That's in a best-case scenario.

Meanwhile, competition continues to set its sights on EVs. Although Ford and General Motors are in the news lately, Volkswagen (VWAGY -0.87%) isn't that far behind Tesla in global EV market share with 13%. Tesla is strong in China. But analytical consultancy Canalys lists six other brands that are selling well in the world's biggest EV market.

Add it all up and you get a fantastic company changing the world with a portfolio of technologies that could be applied in many different industries. That said, the stock is trading for a significant premium to other companies in the same industry -- meaning the company is getting a lot of credit for that potential. For shareholders to beat the market, Tesla will have to beat even the current lofty expectations. That seems unlikely.